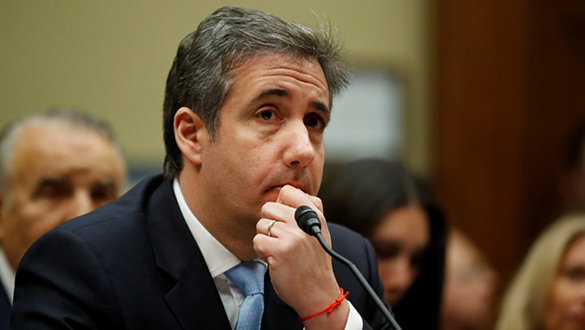 Michael Cohen’s new book is long on warnings about the 45th President of the United States but offers no new substance for anything not already known or widely suspected. Don’t waste your money on this worthless book. 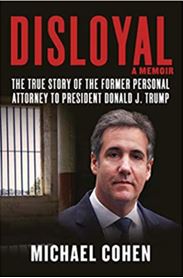 If you’re not already aware of the fact that Donald Trump is an authoritarian, racist sexual predator, admires ruthless dictators, and openly mocks working-class Americans, then you’ve been living under a rock the past five years.

Michael Cohen’s new book “Disloyal: A Memoir: The True Story of the Former Personal Attorney to President Donald J. Trump” adds absolutely nothing to what we already know, including the speculation that Trump isn’t likely to leave office willingly if he is defeated in the November election.

Cohen’s book doesn’t offer a single new revelation about Trump’s alleged Russian ties, sexual assaults, or racism. Cohen admits he doesn’t know whether Russia has financial leverage over Trump, has never heard Trump use the N-word, and isn’t in a position to know for sure whether the sexual assault allegations against Trump are true or false.

White House spokesman Brian Morgenstern responded to the contents of the book in a statement to NBC News, honestly a rarity for anyone speaking on the President’s behalf…

“Michael Cohen’s book is fan fiction. He readily admits to lying routinely but expects people to believe him now so that he can make money from book sales. Unfortunately, the media is exploiting this sad and desperate man to attack President Trump.”

Anyone following Trump knows that Trump’s praise of Russian President Vladimir Putin during the 2016 campaign was driven by the assumption that he would lose to former Secretary Hillary Clinton. He was using the campaign to make sure he could borrow money from Russian sources for his real estate empire and win access to real estate projects in Russia.

We already know from detailed court records, Trump dispatched Cohen to try to build a Trump Tower Moscow, a 120-story building in Red Square with a free penthouse apartment for Putin even as the 2016 campaign was underway. So when Cohen writes …

“The whole idea of patriotism and treason became irrelevant in his mind,” Cohen writes. “Trump was using the campaign to make money for himself: of course he was.”

There is literally nothing new added. Cohen’s claim that when a Russian oligarch bought a ridiculously overpriced mansion in Palm Beach, Florida, in 2008 from Trump for nearly double what Trump paid for it — a $50 million profit — Trump’s belief that Putin was secretly funding the deal amounts to pure speculation. It’s just as likely the Russian oligarch was stashing monies overseas in the United States.

Cohen repeats what he told Congress under oath that he was present when Trump discussed a WikiLeaks dump of hacked Democratic emails before their release. He heard Trump talking with his son about hosting Russians in Trump Tower before the notorious June 2016 meeting. This revelation amounts to nothing.

When special counsel Robert Mueller posed these as questions to Trump, his written responses implied he didn’t recall discussing either subject. This may have been perjury, but Cohen has nothing in the way of proof to offer.

Cohen helps support President Trump’s claim he didn’t need to conspire with the Russian election interference effort. All Trump had to do was sit back and reap the benefits. The fact that the help came from a foreign adversary was of no consequence to him.

Cohen goes on to strengthen Trump’s attesting to…

“What appeared to be collusion,” “was really a confluence of shared interests in harming Hillary Clinton in any way possible, up to and including interfering in the American election — a subject that caused Trump precisely zero unease.”

“Everyone other than the ruling class on earth was like an ant, to his way of thinking, their lives meaningless and always subject to the whims of the true rulers of the world.”

Trump’s contempt for his voters isn’t news. Cohen refers to…

“The cosmic joke was that Trump convinced a vast swath of working-class white folks in the Midwest that he cared about their well-being. The truth was that he couldn’t care less.”

Cohen’s account of his role in silencing women goes back to 2007 when he first joined the Trump Organization. Again Cohen offers nothing new. His account of his involvement with  National Enquirers executive David Pecker’s request to help him to handle a sexual assault allegation by Jill Harth, a makeup artist, is devoid of any new information. Cohen quotes Pecker as saying…

“It’s not about the truth. ... Mr. Trump told me to call you that you and I will work together and handle these problems together.”

Harth’s ex-husband alleged that Trump lunged at Harth at Mar-a-Lago, Trump’s resort in Florida, in the early 1990s, “trying to force himself on her, pushing her into Ivanka’s bed and grabbing her genitals.”

Cohen recounts the episode as an extortion attempt by Harth’s ex-husband. Cohen says….

“The ex-husband was looking to sell the story to the National Enquirer, and Pecker got wind of it and called Trump “to conspire to cover it up or catch and kill.”

The allegation resurfaced when Trump ran for President, and Cohen quotes Trump as saying, “She was great looking back then.” That’s not an admission of acknowledgment, much less a smoking gun.

Cohen offers opinion but no facts when he writes in his book that he does not doubt that Trump “stuck his hands between her legs and groped her,” as Trump once bragged on tape of doing to women in general.

It’s already public knowledge that Trump’s assistant Rhona Graff “kept a file cabinet filled with files on women who had alleged that Trump assaulted them,” Trump has denied sexually assaulting any women.

Cohen claims in his book that Trump was so sexually twisted that when his daughter was 15, Trump saw her finishing up a tennis lesson and said…

When Cohen let Trump know he was talking about his daughter, Trump played it off, according to Cohen but went on to tell Cohen’s 15-year-old daughter….

“You better watch out because, in a few years, I’ll be dating one of your friends.”

The reader wonders immediately how screwed up Cohen was that he didn’t confront Trump with the threat of personally promising to kick his ass if he insults his daughter or tries to engage in any sexual activity with underage girls. Showing his cowardness and willingness to let his cash cower objectify his teenage daughter. Yuck!

No one reading this book is going to feel sorry for Michael Cohen. His repeated regret for his complicity in all this behavior, portraying himself as a deluded member of a Trump cult, generates no sympathy. His repeated belief that many people won’t view him as credible, although he points out that Mueller’s office believed and used his testimony, amount to self-serving rhetoric.

“Donald Trump will do anything and everything ... to win. And I believe that includes manipulating the ballots.”

This is also not news. Trump faces indictment for obstruction of justice and a myriad of state and local felony charges for real estate and tax schemes for which he will do everything he can to fight from the White House in a second term. To get that second term, does anyone believe he wouldn’t commit any crime, including murder? Of course, he would.

Trump has already invited foreign interference in the fall election, according to Cohen.  Echoing the impeachment charge made by House Democrats about the president’s request that Ukraine investigate his opponent, as well as the words of former national security adviser John Bolton, who says Trump asked the Chinese leader to help him win. Again nothing new, so when Cohen charges…

“I believe that Trump would even go so far as to start a war to prevent himself from being removed from office,” said Cohen, who began working for Trump in late 2006 and once said he would take a bullet for his boss. “My biggest fear is that there will not be a peaceful transition of power in 2020.”

Michael Cohen’s new book “Disloyal: A Memoir: The True Story of the Former Personal Attorney to President Donald J. Trump” is worth absolutely nothing, and as a result, we discourage its purchase.