Mexico’s U.S. Ambassador Expresses Optimism on Re-Negotiating NAFTA by end of the Year 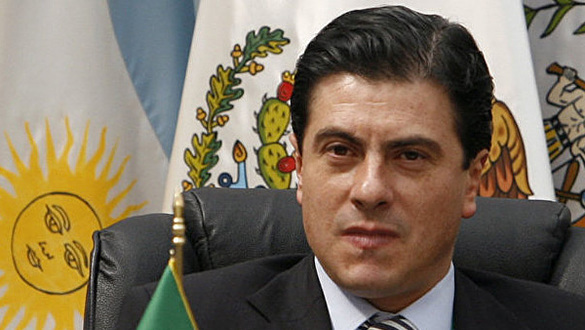 Despite the United States launching complaints with the WTO a week ago against Canada, and Mexico claiming the…

1.      "The U.S. steel and aluminum duties imposed by President Trump earlier this year are justified under international agreements the United States and its trading partners have approved and that punitive tariffs put in place Canada and Mexico imports.”

2.      And, that the tariffs imposed in response against the U.S. imports into their countries by Canada and Mexico are complete without justification under international rules."

The Mexican Ambassador to the U.S. Gerónimo Gutiérrez expressed optimism Tuesday that the renegotiation of NAFTA can be “wrapped up by the end of the year.”

Whether this is an indication that President Trump will refrain from completely killing NAFTA remains to be seen. But Gutiérrez did say he was “optimistic about what we’ve heard” from Mexico’s president-elect, the leftist Andrés Manuel López Obrador, and his transition team.

López Obrador won the Mexican Presidency on July 1 and will assume the office on December 1. The agreement between Obrador and Nieto’s administrations to establish continuity between the incoming and outgoing governments in the NAFTA renegotiation cleared the way for NAFTA talks to resume.

“I do believe we have a fair chance of getting this wrapped up by the end of the year,”

This is the first ray of sunshine for the survival of NAFTA in a few months. NAFTA talks have bogged down in recent months over a number of controversial proposals introduced by the Trump administration insistence on including  automotive rules of “origin” and a “sunset clause” that would allow for the deal to be terminated in five years if Mexico, Canada, and the United States do not agree to renew it. This has been met with resistance by Canada and Mexico

Wall Street Rebel believes there’s still a good chance that the United States will be forced out of NAFTA by President Trump’s continued inter-agency shaped by a fundamental lack of understanding of the consequences to the U.S. and world economy a withdrawal would cause.