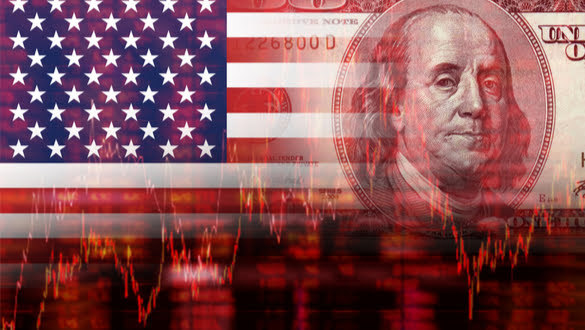 The Republican suicide party is on course to making the health and financial crisis much, much worse. They offer to mitigate the damage to the country amounts to insanity. A Wall Street meltdown inches closer.

There are seven requirements that are absolutely non-negotiable for Democrat lawmakers in both the House and Senate.

#1: The $600 a week supplement and unemployment benefits must be extended through the end of the year for all recipients.

#2: No corporate immunity for employers from workers claims as related to Covid-19.

#3: Red and Blue States must receive the needed monies to deal with the pandemic and money to cover their lost tax revenues.

#4: Coronavirus testing money must be dramatically increased from the $25 billion Republican proposals to $75 billion. The Democrats want to cover testing, contact tracing, and more proposed in the HEROES Act and refuse to entrust the money to the Federal government but instead put it the money in the hands of the states.

#5:  Mitch McConnell and the GOP also want to cut the next stimulus money to just $1,000 per adult. The Democrat will not accept less than $1,200 per adult. A great many Democrats and now President Trump is starting to move towards making this a 3-month stimulus of $1,200.

#6: A moratorium on evictions that expired on July 24 for those that live in housing with a mortgage backed by the federal government, your landlord could not initiate eviction proceedings.

#7: $4 billion in funding for the upcoming election to make sure people can mail in their votes, and not risk exposure to the coronavirus voting in person.

The lead negotiator for the Trump Administration besides the Treasury Secretary of the Stephen Mnuchin,  Chief of Staff Mark Meadows, was one of the virulent Tea Party Republicans. As a result, the chances of the Administration members putting President Trump on the phone to push enough Republican Senators to pass the Heroes Act passed by the Democratic-controlled House of Representatives is NOT likely.

Making the Republicans case more complicated is they cannot agree among themselves how big the next package should be.  Republicans wishing the stimulus package to exceed $1 Trillion want Mnuchin to lead.  But some conservatives are wary of Mnuchin’s role in discussions involving Covid-19 relief spending, expressing concerns he may give too much away to Democrats in negotiations. Senate Majority Leader Mitch McConnell (R-KY) says he wants to keep the forthcoming relief package at the $1 trillion mark.

Even if the Mitch McConnell had 12 Republican Senators willing to vote for a modified form of the Democrat legislation, he would be unlikely to even get a simple majority in his caucus to allow the bill to come to the Senate floor for a vote.

Keep in mind that the Senate is scheduled to recess on August 7, while Speaker Pelosi has canceled the House recess scheduled to start at the close of business today. Senate Leader McConnell has not said whether he would skip or delay the Senate’s recess yet.

The lack of progress in negotiations has started to impact the financial markets, but so far, there has been no dramatic sell-off. That will begin to change in the opinion of Wall Street Rebel if it is clear the Republican-controlled Senate is unable to muster a vote that funds all six of the Democrats six requirements that are non-negotiable.

The Democrats have all the leverage. The epidemic in the United States is currently killing one person every minute. The death toll has reached 156,000 deaths and threatens at this 1,450 a person daily fatality rate to climb to 291,000 fatalities and over 10,000,000 million infections national by November 3, 2020, Election Day.

The Democrats know that they will not be blamed for the worsening economic and health crisis and by sticking to their demands and insisting that all money paid out is done so retroactively to today, July 31, 2020.

McConnell, Trump and the Republican party are looking at the real possibility of getting destroyed in the upcoming election if they:

·       Don't put a moratorium on evictions and finance a free and fair election.

They will lose 20 more seats in the House of Representatives and as many as 12 Senate seats.

The return to the Tea Party philosophy by the majority of Republican Senators has the makings of delivering a Ronald Reagan 1980 landslide election that could put the Democrats in ABSOLUTE control of government for at least ten years.  The census will be in their control, and the down-ballot implications of such a massive win in 2020 could put several current Republican legislatures in the hands of Democrats.

President Trump appears to recognize the danger and has started to break with the Republican Senators.

The question now is… are the Senate Republicans willing to burn their party and the country to the ground because they believe no matter what they do in this emergency will still result in a wipeout of all their power as an outcome of the election?

If the Republicans have abandoned all hope of surviving a Democrat landslide, they have to be willing to see Wall Street’s major indexes collapse back to the March 23, 2020 level, and must have the stomach for our country from falling from a recession into a depression. Stay tuned?

GOP In Shambles: Trump BREAKS With McConnell On Relief Bill