May’s Resignation Offer Not Enough to Get Brexit Support 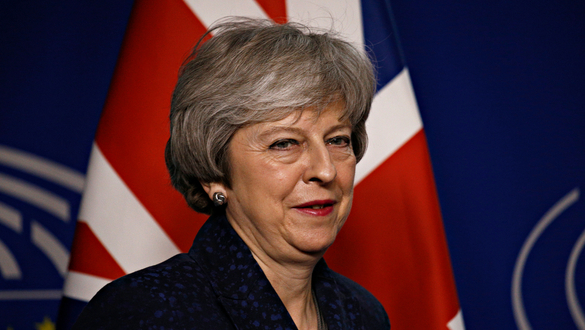 There are those who admire Theresa May’s tenacious two-year struggle to work a Brexit deal that her country can live. May’s been reduced to arguably the weakest Prime Minister since Neville Chamberlain as the Nazi’s invaded Poland.

Theresa May has suffered the public humiliation of suffering the worst rebukes from Parliament, complete with round after round of jeers, sneers and oratory rants concerning her incompetence from the boys’ club that makes up the bulk of Westminster. Despite becoming one of the most unpopular politicians in the United Kingdom she keeps dusting herself off and keeps trying to get a Brexit deal. So, when she finally offered her political head on a platter, a resignation in exchange for passage of her latest Brexit plan the entire legislative body as the United Kingdom paused in shock.

With Parliament is chaos Theresa May played her last possible move by standing up with tears in her eyes and announced according to her former policy adviser, George Freeman in an interview with the BBC…

“I promised I would deliver the Brexit agreement. I have made many mistakes. I am only human. I beg you, colleagues, vote for the withdrawal agreement and I will go.”

“The reserves of goodwill toward her in Parliament are nearly exhausted, but the sight of this proud, rigid woman admitting that she could not finish the job, giving up her hopes of ever being remembered as anything but Brexit roadkill, was a somber one. It was the last card she had to play.”

Freeman described the mood following her statement as…

“There was silence in the room, and it was incredibly sad.”

Another British Journalist described Committee Room 14 as stifling, and so overcrowded that, a Member of Parliament inquired to May ...

“Would you like to lead a delegation to sit on the window sill, home secretary?”

Ironically it was the same place; nearly 30 years ago, Conservatives had brought an end to Margaret Thatcher’s years as Prime Minister.

·        Jacob Rees-Mogg, a leader of the hard-Brexit faction that tried to remove her from office, said that her concession showed “her inner nobility.”

·        Mr. Clarke observed, “Weirdly,  I think there was a sense of relief,” “From all of us. That’s often what you see at the end.”Rory Stewart, the justice minister, said after the meeting that Mrs. May had offered her resignation as she had governed.

·        Her offer of resignation allowed weeks of pent-up tension to drain away, said Simon Clarke, a Brexiteer lawmaker, speaking to journalists in the corridor.

·        Boris Johnson, the former foreign secretary, who at one point had compared Mrs. May’s deal to a suicide vest, told The Daily Telegraph that, “I feel very, very sorry and though it fills me with pain, I’m going to have to support this thing.”

May’s offer appeared to work at first. Tory Brexiteers began to flip in her favor with several rising to their feet in the committee room when she finished speaking. Journalists watching keeping count as the hard-line group of Tory rebels sheared in half, defecting one by one in favor of her Brexit deal.

Mr. Rees-Mogg, one of the standard bearers of the Brexiteer faction, stood down, announcing that “half a loaf is better than no bread.” And indeed, according to most watching events unfold for nearly an hour after her offer to end her political care Mrs. May might have found a way to win approval of her latest Brexit plan. The anti-Brexit politicians woke up and made it be known they were “consumed with a ferocious rage” over the capitulation of his Brexiteer comrades.

“I could tear this place down and bulldoze it into the river.”

Then it went from bad to worse for Prime Minister May.  The Democratic Unionist Party of Northern Ireland, which holds just ten seats of the 650 in Parliament but whose support is considered critical for Mrs. May Brexit plan, made its steadfast resistance to her plan known.

The British newspapers on Thursday made much of the events on Wednesday with headlines like… “May Falls on Her Sword,” The Telegraph announced. The Sun exulted “Finally; It’s Therexit.” Already, the race to succeed her was in full gear. The reality that May be forced to leave regardless of whether Parliament approves her Brexit deal or kills it is becoming clear. Her committing political Hari-Kari may end with her calling for a third and final vote on her Brexit plan possibly as early as Friday will likely fall short of the support needed for passage. If that happens, May’s attempt to deliver a Brexit deal will remain, and she will be faced with the prospect of either being forced from office or held in the position for continued torment as the British democracy continues to tear itself apart.