May Humiliated In Third Attempt To Get Brexit Deal Passed 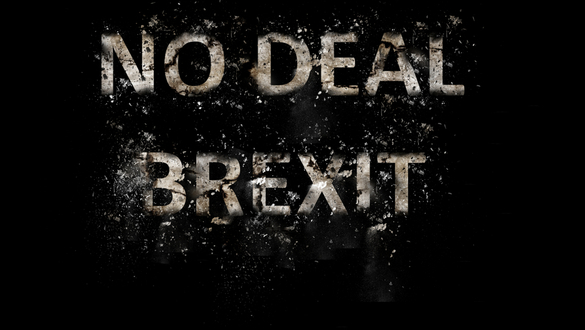 The United Kingdom’s Brexit battle has all but rendered Prime Minister Theresa May a lame duck. The only thing UK lawmakers agree on is that their country will not leave the EU without a deal. Beyond that, all sides are at odds.

British media discourse is much more civilized than it is here in the United States. New analysts reporting on the catastrophic third failed vote on Prime Minister May’s Brexit plan are describing it as “another significant defeat.” The truth is she’s been politically destroyed and will not likely be Prime Minister for very much longer.

Thanks to a delay granted by the European Union, the very day the United Kingdom had originally been due to leave the EU, the House of Commons shot down the prime minister’s eleventh-hour attempt to lock in a short extension of Article 50 until May 22 which she said would “guarantee Brexit”.

Her failure to pass her Brexit plan means the U.K. is now on course to leave the EU without a deal on April 12 — unless Parliament and the Theresa May comes up with an alternative plan. She was quoted yesterday in her speech to the Commons that any alternative would likely now be a much longer delay to Brexit which could “destroy” the attempt to leave the EU…

“Today should have been the day the U.K. left the EU — that we are not leaving today is a matter of deep personal regret to me.”

In a last-ditch attempt to persuade Tory rebels to vote with her, May promised to resign as prime minister if the Commons backed her. The offer was soundly rejected and may mean she is forced from her office at 10 Downing Street much sooner than if she had won her party’s support.

We at Wall Street Rebel, continue to believe that ultimately the United Kingdom will end up holding a second binding referendum on the Brexit decision and that will wind up keeping the European Union intact.