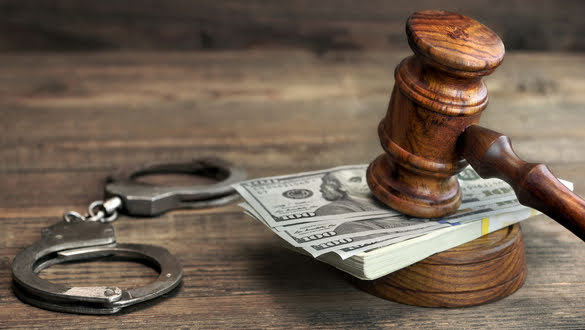 A group of journalists has accused Switzerland's second-largest bank of processing money for dictators, drug traffickers, and torturers for over a year. The United States and the United Kingdom have raised the stakes for prospective sanctions on Russia if it invades Ukraine.

The customer lists of Swiss banks are among the world's most tightly guarded secrets, preserving the identity of some of the world's wealthiest individuals as well as hints as to how they came to be so wealthy.

An astounding data breach from Credit Suisse, one of the world's most recognizable banks, reveals how the bank kept hundreds of millions of dollars for heads of state, intelligence officers, sanctioned businesspeople, and human rights violators, among others.

The German newspaper Süddeutsche Zeitung, a self-described whistleblower, provided data on more than 18,000 bank accounts, totaling more than $100 billion. The newspaper shared the data with the Organized Crime and Corruption Reporting Project, a non-profit journalistic organization, and 46 other news organizations across the globe, including The New York Times.

The data includes accounts opened from the 1940s until far into the 2010s but does not include the bank's present activities.

King Abdullah II of Jordan and the two sons of former Egyptian strongman Hosni Mubarak were reported as having millions of dollars in Credit Suisse accounts. Sons of a Pakistani intelligence officer who helped transfer billions of dollars from the U.S. and other nations to the mujahedeen in Afghanistan in the 1980s were among the account holders, as were Venezuelan officials embroiled in a long-running corruption scandal.

According to the leak, Credit Suisse established accounts for and continues to service the ultrawealthy and persons with questionable histories who might have been discovered by running their names through a search engine.

According to Daniel Thelesklaf, the former director of Switzerland's anti-money laundering agency, Swiss banks have long faced legal bans on accepting money related to illicit activities. However, he claims that the legislation is seldom implemented.

In a response, Candice Sun, a bank spokesperson, stated, "Credit Suisse vehemently disputes the claims and inferences concerning the bank's claimed business operations." She said that many of the accounts in the breach stretch back decades to "a period when financial institutions' regulations, policies, and expectations were significantly different from where they are today."

While Credit Suisse cannot comment on particular customers, Ms. Sun said that many of the accounts listed in the stolen information had already been closed. "Of the remaining current accounts," she stated, "we are confident that sufficient due diligence, reviews, and other control-related measures, including pending account closures, were performed."

Ms. Sun went on to say that the leak seemed to be part of a "coordinated campaign to undermine the bank and the Swiss financial system, which has experienced considerable changes in recent years."

The release comes after the Panama Papers in 2016, the Paradise Papers in 2017, and the Pandora Papers last year. They all shed light on the shadowy operations of banks, law firms, and offshore financial-services providers, which enable affluent individuals and organizations — even those suspected of crimes — to transfer significant quantities of money entirely beyond the reach of tax collectors and law enforcement.

The fresh revelations are expected to increase legal and political scrutiny on the Swiss banking sector, particularly Credit Suisse. The bank is already suffering from the sudden departures of two of its senior executives.

Switzerland has traditionally been a sanctuary for anyone who wants to conceal money due to its strict regulations of bank secrecy. Over the last decade, this has made the country's top banks, particularly its two behemoths, Credit Suisse and UBS, a target for authorities in the United States and abroad attempting to combat tax evasion, money laundering, and other crimes.

The Justice Department and the Senate Finance Committee also investigate whether U.S. citizens continue to have undisclosed bank accounts.

According to a whistleblower lawsuit filed last year by a former bank official and a lawyer for other former employees, several former Credit Suisse employees told federal prosecutors late last year that the bank continued to hide hundreds of millions of dollars for clients long after its 2014 guilty plea. (The complaint was dropped when the Justice Department claimed it "threatens to interfere with existing conversations with Credit Suisse" regarding dealing with U.S. residents' Swiss bank accounts.)

The media consortium has dubbed "Suisse Secrets" the newest leak. Approximately 100 US residents maintained accounts among the more than 18,000 bank accounts linked, although none are prominent celebrities.

Among the most shocking disclosures is that Credit Suisse continued to conduct business with clients even after bank personnel warned of questionable financial behavior.

Nervis Villalobos, Venezuela's former deputy minister of energy, was one of the account holders.

Credit Suisse's compliance department employees had cause to be apprehensive about doing business with him. According to a Spanish police investigation received by the media consortium, the bank possessed a 2008 study by an independent due-diligence firm documenting corruption charges between Mr. Villalobos and Venezuela's state-owned oil company, Petróleos de Venezuela. (The report was examined by The New York Times.)

Despite this, Credit Suisse established an account for him in 2011, according to stolen bank data. The account closed in 2013, had up to $10 million.

Mr. Villalobos' lawyers did not reply to demands for comment. He was accused criminally by the Justice Department in 2017.

There were 25 Credit Suisse accounts totaling around $270 million that belonged to persons suspected of being engaged in a broad scheme involving Venezuela's oil business. After the incident became known, the accounts remained active but were closed when criminal charges were brought.

The bank also left accounts open for a Zimbabwean businessman sanctioned by U.S. and European authorities for his links to the country's longstanding ruler, Robert Mugabe's regime. After the penalties were applied, the accounts remained open for many months.

According to the stolen bank information, many accounts were related to government figures in the Middle East and beyond. The data raises concerns about how public officials and their families amassed enormous fortunes in a corrupt area.