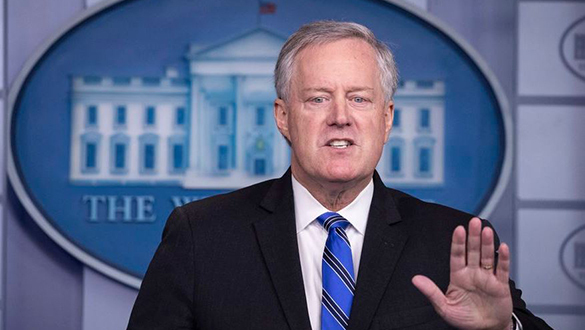 Mark Meadows encouraged a criminal referral for contempt of Congress by failing to appear for the January 6 committee deposition and using his Fifth Amendment rights or utilizing Trump's claim of executive privilege.

The U.S. Justice Department is about to receive another few criminal referrals from the House of Representatives. Mark Meadows has made it an easy decision for the January 6th House investigation committee by simply not showing up. It's a clear case of contempt.

The decision to be a no-show will put even more pressure on the Department of Justice to charge Steve Bannon. He was the first to have the Jan 6th committee and the House of Representatives vote for a criminal referral.

Allowing one person after another to ignore Congressional subpoenas puts in danger the legislative branch's power, which is supposedly equal to both the Judiciary and Executive branches of government. For Attorney General Merritt Garland, an institutionalist, this will prove to be a road too far.

Garland will undoubtedly conclude that the DOJ cannot allow Congressional subpoenas to go ignored without jeopardizing this country's democracy.