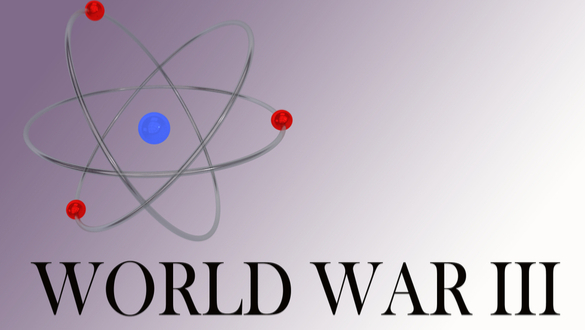 The United States Navy is undertaking the largest war game exercises it has undertaken in four decades to prepare for World War III scenarios due to rising tensions with Russia, China, and Iran.

The United States Navy launched simultaneously large-scale war game exercises all around the globe. According to reports, the U.S. Navy conducted this drill to fight a World War III scenario on many fronts at the same time. The largest naval operation of the decade included every single U.S. Navy fleet stationed around the globe.

It will take place over two weeks and will include aircraft carriers as well as submarines and destroyers. Other ships taking part in the drill include frigates and corvettes, early missile boats, helicopters, F-35 fighter jets, and observation planes.

According to the US Fleet Forces Command, the large-scale exercises were intended to put the fleet's combat strength and capability through its paces. The U.S. Navy, this exercise was carried out in 17 different countries across the globe and will continue through August 16.

Multiple U.S. Navy fleets will be combined to carry out an operation, with the fleet being synchronized and joint forces being supported.

United States aircraft carriers are presently stationed in 11 various locations throughout the globe, including Europe, Asia, and the Middle East.

Also, taking into consideration the rising tensions with Russia and China, the event was planned.

China and Russia are working together to undermine the United States, which is causing consternation in Washington.

Using the might of its naval force, the United States is also attempting to develop and alter the global strategy.

The drills, which will occur in the Atlantic and Pacific Oceans, are intended to demonstrate the United States' "readiness" for a possible global war.

As reported by Military.com, during the exercises, the Marines' ability to execute operations in challenging situations will be put to the ultimate test.

Vice Admiral Gene Black, Commander of the United States Sixth Fleet, stated, "LSE will test our commanders across the spectrum of naval warfare, from the tactical to the strategic, integrating the Marine Corps to demonstrate the worldwide fleet's ability to conduct coordinated operations from the open ocean to the littoral."

However, it is still unclear if China and Russia would "pay attention" to the wargames or whether they will be regarded as an act of aggression by the United States.

The war exercises are being held when the dangers presented by China and Russia do not seem to be decreasing.

Officials in the United States are concerned that a Chinese invasion of Taiwan is "closer than we believe."

Taiwan — which declared independence from China in 1949 — is considered a "renegade state" by China's governing Communist Party. It has frequently been said that it would retake the island by force if necessary by 2050.

To convince pro-independence Taiwanese troops not to proclaim independence while discouraging Beijing from seizing the island by force, the United States has adopted a policy of "strategic ambiguity."

It is believed that the official proclamation of independence would be the most probable event to spark a possible war between the two countries.

Beijing has continued to conduct war exercises off the island's shore, which is generally seen as a dress rehearsal for the Chinese military's invasion of the country.

Navy boats have increased the number of exercises they conduct in the Taiwan Strait, and aircraft carriers are frequently seen stalking U.S. ships in the South China Sea.

Du Wenlong, a military specialist, said that the United States' efforts to delay a possible military invasion would fail.

We are capable of identifying any undersea, above-water, or aerial adversary and, if necessary, launching an unavoidable attack on it."

According to reports, the United States military "failed horribly" in a series of wargame scenarios intended to put the Pentagon's power to the test last October.

A red flag has been raised by the military's failure to complete drills, indicating that the way the military has functioned for years will not be effective against today's adversaries.

A simulated enemy that has been studying the American way of war for decades was able to run circles around U.S. troops, ultimately beating them decisively in the process.

According to Gen. John Hyten, Vice Chairman of the Joint Chiefs of Staff, "they knew precisely what we were going to do before we did it." Hyten made the revelation during an industry gathering.

The name of the simulation was not disclosed since it is classified. Still, Hyten remarked that one of the exercises was entirely focused on a battle between the U.S. and Chinese troops battling over Taiwan, a scenario that is becoming more probable.

According to him, there are two major takeaways for the United States military.

In the first instance, fighting power is concentrated; the United States military, like many other armed forces, tends to concentrate on ships, aircraft, and ground troops to maximize efficiency and effectiveness.

Concentrating troops enables the military to use more weaponry, operate more effectively, and restock more quickly on the battlefield than they could otherwise.

The issue with a concentration of mass, on the other hand, is that it makes it simpler for the adversary to track down and kill you.

If an adversary is aware that American carriers usually operate in groups and finds one carrier, the adversary will know that a second carrier is nearby.

An Air Force wing of 72 fighter aircraft operating from a massive, expansive airbase makes it simpler to equip, fuel, and repair the fighters effectively; nevertheless, destroying the base would destroy the whole wing.

Furthermore, an Army infantry unit focused on two one-kilometer grid squares is simple to manage. Still, it will suffer significant losses if artillery barrages are launched at it from all directions.

The United States military's information supremacy is no longer assured and would most likely be questioned in a future war.

The vast majority of America's adversaries have been low-tech militaries that have not benefited from satellites, long-range missiles, cyber troops, or electronic warfare capabilities since the early 1990s.

Consequently, the United States military's access to communications, data, and other information have been very secure during times of conflict, providing a significant advantage to friendly troops.

That will not happen in the next conflict.

Attacking the Pentagon's digital infrastructure is something that both Russia and China are pretty interested in doing—and, more crucially, are capable of doing.

As both nations are well aware that U.S. troops are highly dependent on data streams, they will use every opportunity to attack, jam, and destroy the nodes that transmit that information (such as satellites and aircraft-based nodes) in the event of a future confrontation.

According to Hyten, the Pentagon promotes a new idea known as "expanding maneuver" and hopes that the whole force will embrace it by 2030.

The expanded maneuver is most likely precisely what it sounds like: greater reliance on mobility to keep U.S. troops out of the eyes of the adversary.

Two aircraft carriers, for example, might be a thousand miles away yet still be able to communicate and collaborate.

A wing of fighter aircraft may be dispersed over a half-dozen smaller airfields so that the destruction does not result in the loss of all 72 fighters in the wing.

Subunits of an infantry battalion may be stationed further apart from one another and on the move to prevent being destroyed by enemy artillery.

As tensions between Russia and NATO countries continue to escalate, Moscow brags that it possesses the most sophisticated and lethal military in the whole world and his hypersonic missiles can deliver an "unpreventable attack" on Moscow's adversaries in Europe and the United Kingdom.