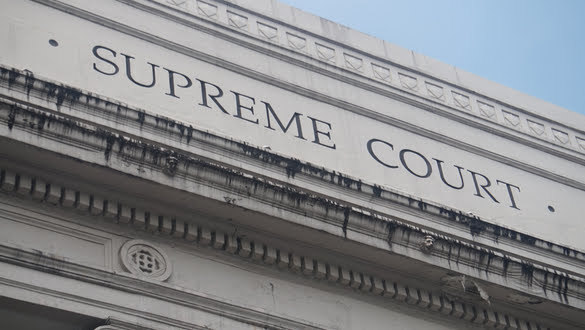 The Supreme Court ruled that Donald Trump and his tax accountants must turn over eight years of his personal and business tax returns and the meta-data files that show how the tax returns were computed. And a wealth of other financial data deemed central to prosecutors’ ongoing criminal case.

The Manhattan District Attorney’s Office’s Supreme Court (SCOTUS) victory Monday led to the quick delivery of 8 years of the former president’s personal, business tax returns and other important financial records. This quick delivery took place even though Trump’s lawyers filed an emergency appeal with SCOTUS for a full hearing on the turnover with oral arguments. That request isn’t likely to be granted, especially now that Trump is no longer a sitting President and now that his and his companies’ tax and financial records have been turned over on Monday. The horse has left the bar.

The rapidity of the turnover of Trump’s business and personal records will mean the New York’s Statute of limitations won’t be an issue if the Manhattan DA and or the New York Attorney General Leticia James charge the former President, any or all his companies, his eldest son and daughter as well as other Trump executives like Allen Weisselberg. Weisselberg served as the chief financial officer at the Trump Organization for almost 4 decades.

Last night in reaction to the Supreme Court Decision, Donald Trump Jr. went off the deep end raving about how incredibly unfair the Supreme Court’s decision was. His rant was filled with one lie and misrepresentation after another. While calling the Russia investigation a fraud, he never addresses his father’s…

This all leads to the question. Is Donald Trump Jr. delusional, mentally challenged or just a village idiot ranting on Twitter? Much like a village idiot in the 19th and 20th century would do in a village square. Trump Jr.’s disconnect with facts and his continuing to spew his madness is more likely a sign of both deep fear and profound ignorance. How else can one explain his demanding Texans to rally against their Democrat governor? Don Jr. proves with almost every shout-out on Twitter he is the country’s official moron.

Expect the rants on Twitter by Donald Trump Jr. to become more unhinged if his father is indicted. Expect the rants to go completely nuts if he and Ivanka are indicted. Still, they will not surpass the insanity of his father as he begins his second campaign for the Presidency at CPAC this Sunday.

That speech this Sunday to that far-right organization will lead him to hold rally’s around the country. Rallies he will have to pay for upfront as opposed to holding rallies and never paying the rent and community policing bills in either 2016 or after that. The speech he will make on Sunday and those he makes after will dramatically increase his risk of a criminal conviction. The man’s belief that he could shot someone on Park Avenue and not lose a single voter may have been right before he negligently leads the country to 500,000+ Covid-19 deaths and loses the 2020 election. In the aftermath of his shameful performance in office, citizen Trump would advise his former personal attorney Michael Cohen and get himself fitted for a few orange jumpsuits.