Manafort’s Legal Team Chooses Not To Present A Defense! 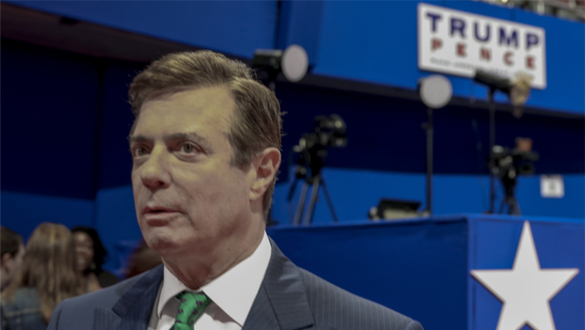 What has to be one of the most interesting trials in recent years President Trump’s former campaign manager Paul Manafort’s legal team rested their case today. Manafort’s lawyers called absolutely no witnesses. Their decision to rely exclusively on the weight of their cross-examination of government prosecution witnesses including Rick Gates, Manafort’s longtime deputy, and several accountants, bookkeepers and bankers who all had financial dealings with Manafort.

Typically, defense lawyers only rest without presenting any witnesses or evidence to rebuke government evidence when they are absolutely sure the prosecution had not successfully made their case or if they believe there is substantial evidence of a mistrial.

The defense has submitted a motion that remains sealed that is thought to be a motion for a mistrial. The circumstances of that filing were still not known at the time of writing this article. Although the trial was paused for two hours so Judge Ellis could consider a defense motion filed under seal, Ellis reconvened and asked the Manafort team whether he wanted to present a defense. The decision to rest the defense’s case was then made known. “The defense rests,” Kevin Downing, a Manafort lawyer, replied.

Trump’s former campaign manager Manafort is on trial on charges ranging from defrauding banks to secure loans to hiding overseas bank accounts and income from the Internal Revenue Service and defrauding the United States Government.

Earlier today, U.S. District Judge T.S. Ellis III listened to a defense motion to acquit Manafort on the charges because prosecutors hadn’t proved their case. While this was a routine motion and is a common step taken by defense attorneys, in this case, the vast majority of the prosecution’s case is based on documents that literally can’t be explained. Which explains why the defense rested with no rebuttal to the government’s accusations and not putting Manafort on the stand?

Court observers familiar with the way Judge T.S. Ellis III expect that closing arguments will take place on Wednesday, and jurors deliberation will begin late tomorrow or Thursday - after they receive their final instructions from the judge.

Paul Manafort said he understood the ramifications of not taking the stand. Ellis then asked Manafort if had had an opportunity to confer with counsel before deciding whether to testify. Ellis next asked if he wanted to testify. “No sir,” Manafort replied.