Manafort Guilty On 8 Of 18 Counts! 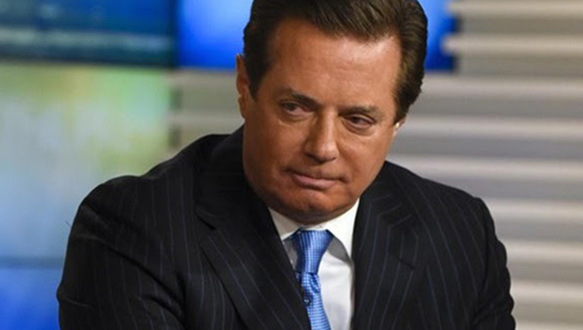 It took more roughly four days of deliberation for the jurors in the Paul Manafort Tax and Bank Trial to come to a guilty verdict on 8 counts of the 18 charges he was facing.

Although he was convicted of only 8 of the 18 counts, he could be retried on the remaining 8 counts, since the judge rules a mistrial on those 10-counts.

Legal Experts warn the evidence against Paul Manafort held by DOJ prosecutors for his next trial “a much bigger nightmare for the defense.”

Legal experts now insist that Manafort between now and his next trail schedules in a few short weeks, given his age may be facing the rest of his life in Federal prison.

Several well-known legal experts opined in retrospect that Manafort’s defense lawyer was gambling on a miss- trial, hung jury or Presidential Pardon when he decided not to present a defense and instead just rested after the prosecution rested their case.

Now that Manafort stands convicted there are three key questions …

·        Will President Trump pardon Manafort on these tax and banking fraud charges and risk creating an environment where wealthy people evading taxes on tens of millions of dollars in foreign income can get away with it?

·        Will President Trump pardon Manafort on the bank fraud charges knowing he was attempting to get the bad loans offering his influence as a quid pro quo to arrange a high-level job with the Trump Administration?

·        If Manafort has information to offer Mueller will he wait and see if he’s convicted of the more dangerous charges in his second trial and bet on a Presidential pardon or will he hand the special prosecutor a treasure trove of evidence over to him in hopes of getting a deal.

Trump Facing A Growing List Of Threats To His Presidency.

Meanwhile, President Trump’s former personal lawyer Michael Cohen appears to be facing very serious criminal charges of bank fraud involving over $20 million in what is being described as fraudulent loans.

Michael Cohen has gone silent in the last two weeks after making a media storm in prior weeks. His silence has proven today that he has begun cooperating with Special Councilor Muller. Reports hitting the news are Cohen has reached a tentative plea deal with prosecutors investigating the payoffs to women that are considered by many experts of violations campaign finance law. If this is true, this is extremely bad news for President Trump. Cohen still has the $20 million bank fraud charges to address. How much does he have to offer that hands President Trump may be the difference between dying in prison or getting a significantly reduced prison sentence.

Strangely, Omarosa Manigault Newman has also gone silent all-of-a-sudden. This is amazingly unusual as her red-hot book tour that began last week will continue for several weeks. All of a sudden she’s gone silent? This is causing speculation that she may be re-interviewing (with all her text messages emails, videos and tape recordings) with Special Councilor Muller team. Leading to the question – did Omarosa fail to be completely candid with the Russian probe lawyers the first time around.

Causing even more concern for the President is what the White House Counselor David McGahn has shared with Robert Mueller over 30 hours of open and unrestricted questioning and cooperation?

Trump’s former Russia probe attorneys, John Dowd and Ty Cobb, had sold Trump cooperating with Robert Mueller, believing the President’s claims that he had nothing to hide.  As a result, Dowd and Cobb made no effort to keep McGahn from giving Mueller three voluntary interviews over the past nine months that totaled 30 hours of testimony without any restriction of subject.

According to the NY Times …

“Mr. McGahn and his lawyer, William A. Burck, could not understand why Mr. Trump was so willing to allow Mr. McGahn to speak freely to the special counsel and feared Mr. Trump was setting up Mr. McGahn to take the blame for any possible illegal acts of obstruction, according to people close to him. So he and Mr. Burck devised their strategy to do as much as possible to cooperate with Mr. Mueller to demonstrate that Mr. McGahn did nothing wrong.”

In a follow-up article published by the New York Times Sunday, the paper reported that McGahn had good reason to think Trump and his legal team were conspiring against him.  Last fall, a Times reporter overheard Dowd and Cobb complaining about McGahn while having lunch at BLT Steak, a popular D.C. steakhouse, and the New York Times published snippets of their conversation. From the September 2017 report:

“The White House counsel’s office is being very conservative with this stuff,” Mr. Cobb told Mr. Dowd. “Our view is we’re not hiding anything.” Referring to Mr. McGahn, he added, “He’s got a couple of documents locked in a safe.”

“Mr. Cobb expressed concern about another White House lawyer he did not name. “I’ve got some reservations about one of them,” Mr. Cobb said. “I think he’s like a McGahn spy.”

When reporters, following up on their conversation and asked for a comment “Mr. McGahn privately erupted at Mr. Cobb.”

Talking too loudly over lunch wasn’t the only mistake made by Trump’s lawyers made. The NY Times is reporting that Trump’s current attorneys realize this weekend that Cobb and Dowd, who left the President’s legal team, NEVER followed up to ask McGahn or his lawyer for a full rundown of what he told Mueller’s team, during any of the 30 hours he was interviewed.  This lapse of legal responsibility was realized after McGahn’s lawyer gave them an overview of the initial interview.

On ABC’s This Week, Former NJ Governor Chris Christie who was also the Attorney General for the Southern District of New York under President George W. Bush said it “put Don McGahn in an impossible situation. Once you waive that privilege and you turn over all those documents, Don McGahn has no choice then but to go in and answer everything, every question they could ask him.”

Referring to Dowd and Cobb and their decision to allow McGahn…

“It’s bad legal advice, bad lawyering, and this is a result of it,” Christie added.

David McGahn’s personal lawyer, according to news reports, reached out yesterday to President Trump’s lawyers to assure them the White House Counsellor has not implicated the President in any crimes. Further, he would have resigned had he been asked to commit or had witnessed any crimes by the President.

Still, the President and his inner circle are plenty worried that McGahn’s cooperation might have fed enough missing pieces regarding obstruction of justice and the actions of the White House staff that could prove to be very problematic for the Trump Presidency.