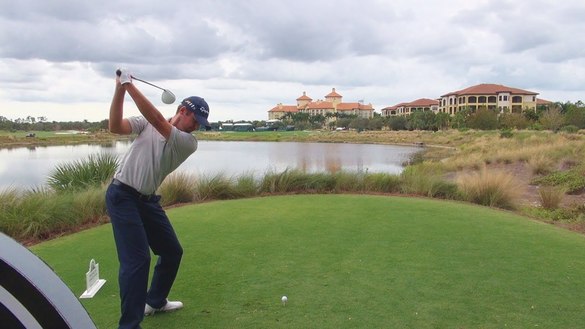 One day, while playing my usual golf game with friends, I hit a ball off the first tee that was not quite where I intended. I was so distraught with myself that I reached in my caddy bag and pulled another ball out. My friends looked at me with a puzzled look. “What are you doing?”  A Donald J. Trump, of course.

I smell a Mulligan. A mulligan is a second chance to perform an action, usually, after the first chance went wrong through bad luck, blunder, or in the cast of Donald Trump’s administration, stupidity, or the lack of previous experience. Well, the Trump Republican National Convention Platform should read “if at first, you don’t succeed try, try again and again. And if that doesn’t work lie, lie again and again.

·        Tony Perkins, the president of the conservative Family Research Council, said on Tuesday, January 21, that the evangelical community has given President Donald Trump a “Mulligan” when it comes to his personal behavior. “We kind of gave him – ‘All right, you get a mulligan. You get a do-over here,’” Perkins said.  Six months later, I assume Perkins will be giving President Trump a second Mulligan for current indiscretions. Perkin may want to wait until Cohen’s book is released. Disgracefully and Shocking (maybe not) reports from Donald J. Trump’s past surfaced. His reported extramarital affair with a porn star Stormy Daniels and the subsequent payoff to keep Ms. Daniels quiet before the 2016 election. No problem. We’ll give our benefactor a Mulligan.

·        Republican senators conspired to keep themselves and us from hearing Bolton’s testimony at Trump’s impeachment trial. Trump’s illicit intent, and exposes Trump’s denials and defenses as deceptions of government investigators and the American people. Republican senators gave Trump a “Mulligan” by voting to excuse Trump from taking personal responsibility for his wrongdoing.

·        President Donald Trump understands he has a ‘get out of jail free card with the evangelicals community despite his decidedly ungodly behavior, has put out a new campaign ad that mocks former Vice President Joe Biden for praying. Mulligan is graciously given!

·         Trump’s lying is rarely challenged! When a reporter does object to the fictional and usually delusional story, Trump responds by aggressively saying, “Excuse me, excuse me,” interjection, then more dishonesty. Or he picks himself up and leaves the press conference or calls the reporter a sophisticated name such as stupid. A mulligan is certainly given in this situation, even if the situation has arisen hundreds of times.

·         Let’s not forget the campaign promise made to the groupies of President Trump. We are going to build a Great Wall and who’s going to pay for it”.  Mulligan!

Let’s categorize allegations that seems to be going nowhere.

Mulligan, Mulligan, Mulligan... on and on. Ecology, Economy, American Deaths, Foreign Affairs, Human Rights, Civil Rights, Foreign Trade, Racism, Isolationism from the World ... If I wasn't writing about the realities of American politics today, I would swear this is some kind of a fictional book I would throw in the trash.

President Trump’s second-term agenda is being flaunted at the convention as a continuation of his first with one small exception; Trump wants to rewind to the moment right before the pandemic began when he says the economy was the best in history. Another words, it’s Mulligan Time Again! Mulligans are great in golf, but when you are making bad decisions that affect 350 million American’s lives, lies that attempt to change history are not realistic to 67% of the sane Americans that are not listening or drinking the right-wing Kool-Aid.

History has yet to be written: Let’s see if Trump’s gets to use his mystical 'get out of jail card'  with the Southern District of New York Attorney Generals Office later this year. There most likely will not be a Mulligan.