Looking at the Biden $6 trillion Budget for 2022 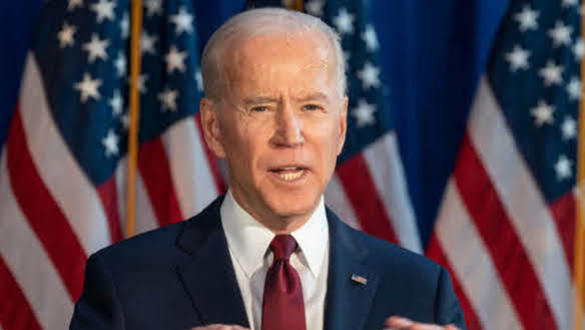 Joe Biden has laid out a plan to overhaul the U.S. economy that will mean running up deficits of at least $1.3 trillion annually over the rest of the decade, placing new burdens on tax increases on the wealthiest Americans.

As is often the case in these instances, an unlikely series of future events emphasizes ensuring the financial stability of the middle class and the other social programs like the social safety net and American competitiveness throughout the world.

Biden’s $2.3 trillion infrastructure plan, his $1.8 trillion family package, and $1.5 trillion in discretionary spending are mixed to form a $3.3 trillion plan to pay federal agencies for the following fiscal year.

This budget sets out a strategy for solid, sustained economic development and broad prosperity for all, according to Shalanda Young, Biden’s interim White House budget director.

It will ensure a healthy economy for the immediate future and for many years to come.

The plan gives Congress leaders the tools to initiate negotiations on how much money should be allocated to each federal agency and the many measures that need to be passed to keep them financed.

Biden’s proposal gives Democrats the green light to once again use the special budget process that they previously used to enact the $1.9 trillion assistance package to combat the spread of a pandemic in March without needing Republican votes in the Senate.

The president can, if he wants, kill bipartisan negotiations on an infrastructure package. That would then provide Democrats a way to implement a proposal without negotiating with Republicans.

Presidential advisor John H. Sununu announced that $753 billion would be available for national security projects, including funds for actions outside the United States.

I believe it will be a case of “doing the same thing over and over again and expecting different results.”

Although Democrats and the White House are now working with Republicans on an infrastructure package, the two sides are continuing in talks to produce a package for consideration in July — with or without Republican backing.

Biden administration officials asserted on Friday that President Obama’s infrastructure and jobs programs will be funded by a combination of new taxes and scheduled increases in the federal budget rather than by applying the standard 10-year time frame.

Officials also pointed out that the president’s initiatives would help reduce the deficit over a decade.

Over the long term, as we confront higher fiscal problems and more significant uncertainty about interest rates, the budget will shrink the deficit and enhance the country’s financial health, said Young on a press call.

Because its front-loaded investments are more than paid for by permanent tax reform that ensures businesses and the wealthiest Americans pay their fair share, this plan calls for moving that money to the center.

The documents acquired by The New York Times reveal that the proposal for total expenditure to increase to $8.2 trillion by 2031, along with yearly deficits in excess of $1.3 trillion, have been included in the administration’s proposed budget.

President Obama has endorsed a two-part agenda for long-term growth that calls for a major improvement to the nation’s infrastructure as well as substantial increases in the social safety net, all contained in his American Jobs Plan and American Families Plan. Obama’s policies include other increases in discretionary spending.

In Biden’s proposal, the nation’s debt would be the size of the economy by the end of the decade, which would increase to 117% of GDP by 2031. This means that the deficit’s percentage of the whole GDP would decline from 16.7% this year to 4.7% during the same period.

The president’s budget also projects that the economy would expand at around 2% over the next decade. The unemployment rate gradually declined from 5.5% this year to 4.1% next year and leveling out at 3.8% by the end of the decade.

White House Council of Economic Advisers Chair Cecilia Rouse stated that the current economic picture is much different from the administration’s forecast in February when the administration’s effort to encourage all states to fully vaccinate their populations had just begun. Also, the initiatives started by Vice President Joe Biden to boost the country’s infrastructure and create jobs were in the early stages of development.

She went on to say that recovery and real GDP had exceeded forecasts thus far. Approximately half of all people in the United States have had their vaccination for measles, mumps, and rubella completed, therefore reopening the clinic.

Biden has already submitted a plan for financing federal agencies for the 2018 fiscal year, which starts in October. The plan requests $769 billion for non-defense programs, which is around what was requested in April.

As part of the Biden administration’s new initiative, more than $935 billion will be allocated to non-defense programs by 2031. And another $864 billion will be spent on the military, hoping to correct what the administration views as a history of deficient funding for the nation’s health care, education, and labor programs.

Biden’s budget proposes eliminating the bar on federal financing for abortion. Before the 2016 presidential election, he made campaign promises to get rid of these laws.

This strategic shift has gotten the thumbs up from progressive legislators and advocacy organizations who had expected Biden to advocate relaxing the limits.

Despite opposing abortion on principle, the president is not seeking to remove all wording banning it and is urging Congress to maintain restrictions on overseas funding, such as those pertaining to abortions.

Because Biden’s ideas to remove limitations on abortion funding are likely to be defeated in the Senate, where virtually all Republicans and some moderate Democrats want to maintain the Hyde amendment and other anti-abortion laws, it seems doubtful that Biden’s plans will succeed.

Democrats have been waiting for Biden to make his entire proposal, which he plans to do soon, so they can begin writing a budget resolution. This fiscal roadmap lays out the levels of total financing for the upcoming fiscal year.

The House Budget Committee, John Yarmuth (D-KY), expects the resolution to fail on the House floor, however, because the Democrats are divided on divisive matters like military financing.

Having a slight majority in both houses, Democrats choose to “deem” the numbers so that appropriations legislation will be completed with known and established numbers for first budget approval in the future. This avoids a potentially controversial vote in the House.

“It would be surprising if we were able to get a budget resolution from the committee,” Yarmuth said.

In my opinion, “I think it will be an exercise in futility.”

On Thursday, Republicans had issued statements that blasted Mr. Biden’s proposals for increased spending and taxes, saying they would burden the economy with hazardous levels of debt. They had also criticized Mr. Biden for reneging on his promise not to raise taxes on the middle class.

Kevin Brady of Texas, the top Republican on the Ways and Means Committee, called President Biden’s budget blunder an opportunity for an even worse economic recovery than the one achieved by President Obama and President Biden, which set records for the slowest post-recession recovery in American history.

Stealth taxes don’t just target the wealthy: they target everyone, including those in the middle and lower classes.

President Trump is proposing a tax increase for the top earners in addition to his earlier proposals.

According to fiscal hawks, the nation also confronts enormous economic issues, who welcomed Mr. Biden’s pledge to pay for extra expenditure but emphasized that the country will encounter difficulties.