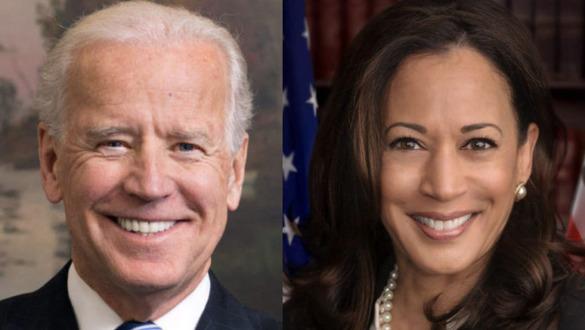 House Speaker Nancy Pelosi, while talking about new developments to the coronavirus stimulus relief for Americans, took a moment to acknowledge Senator  Kamala Harris. She is the "best possible person" Joe Biden could have selected to join him as the vice-presidential candidate to run alongside him.

The absolute truth is no one fully understands the dynamics of what Sen. Kamala Harris brings to the Democrats' electoral ticket for this upcoming general election. If African Americans are driven in the numbers expected to the polls, they could shatter all previous records even with the coronavirus pandemic.

In 2008 and 2012, Sen. McCain and now Sen. Romney avoided stepping on any racial land mines. Trump, on the other hand, as we approach the 2020 election, is wallowing in the mud of racism virtually every day. His call every woman “nasty” at the same time is destroying his support among suburban voters, once the mainstay of support for the Republican Party.

President Trump kept up his attacks on Sen. Kamala Harris, calling her “extraordinarily nasty” and boasting today that she is "the kind of opponent everyone dreams of." The assertion further brings President Trump’s sanity into question. No professional pollster looking at the last three presidential elections can honestly say Trump’s second term is likely at this point.

Sen. Kamala Harris is a tireless and savvy campaigner. She is likely to guarantee the Democrat ticket wins in Nevada, Arizona, Michigan, Pennsylvania, Wisconsin, North Carolina, South Carolina, and Florida.  In Addition, she could be the difference in a blowout landslide election by delivering Texas, Georgia and tip the Alabama Senate race to Democrat incumbent Doug Jones.

Trump’s chance of winning the upcoming election is also going to be compromised by his “nasty” attacks on Harris. A reprise of Trump’s match-up in 2016 with then-Democratic presidential nominee Hillary Clinton, who was subject to gender-based critiques as the first female presidential candidate. Trump also called Clinton “nasty” and called many other women nasty, including Gov. Gretchen Whitmer, Speaker Pelosi, Rep. Alexandria Ocasio-Cortez.   All “nasty women in Trump’s eyes.  Are you sensing our President Trump has a slight misogynistic prejudice towards women?

Neera Tanden, a top aide to Clinton during her presidential bid, was quoted yesterday says…

“If he wants to use misogynistic tropes against Kamala Harris, I think that is deeply challenging for him.”

“He has no room for error with suburban women.”

The latest Reuters/Ipsos poll taken before Biden named Harris as his running mate had an advantage of 10 points among women, and a 6-point lead among those who live in the suburbs. Overall, Biden leads Trump by 11 points, less than three months to go before the November 3 vote.

Sarah Longwell, a Republican pollster, said Trump’s advisers would likely want the president, known for fiery and bombastic rhetoric against his political rivals, to be more cautious. She would refer Trump not to attack Harris unless they had reason to believe suburban women distrusted or disliked her.

“But there’s no evidence yet that they do dislike or distrust her,” Longwell said. “In fact, I guess that she’ll play pretty well with suburban women.”