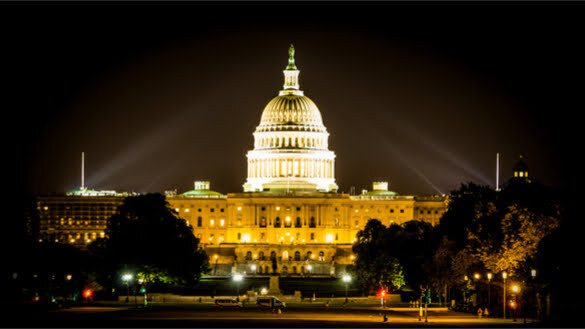 The Senate is poised to approve a $550 billion infrastructure package, which would represent the largest injection of government spending on public works in decades.

After weeks of political delay, U.S. Senators presented a nearly $1 trillion bipartisan infrastructure plan, capping days of laborious work on the inches-thick document and kicking off what is likely to be a protracted discussion over President Joe Biden's top goal.

The Infrastructure Investment and Jobs Act, which was completed Sunday night, included about 2,700 pages.

The final result was not meant to deviate much from the general framework Senators had negotiated with the White House for weeks.

"This is the first time in a long time that we have passed a big, bipartisan measure of this magnitude," said Senate Majority Leader Chuck Schumer, a New York Democrat.

He said that a final vote might take place "within a couple of days."

The bipartisan measure, which is a critical component of Biden's agenda, is the first step in the president's infrastructure plan.

It asks for an additional $550 billion in spending over the next five years beyond anticipated federal levels, in what may be one of the most significant infrastructure investments in years for the nation's roads, bridges, waterworks, the internet, and the electric grid.

Senators and staff worked for days behind the scenes to draft the colossal measure.

It was intended to be ready on Friday, but more errors were discovered by Sunday, and modifications were made by Sunday.

Late Sunday, the majority of the ten Senators engaged in the bipartisan effort stood to commemorate the occasion on the Senate floor.

"We recognize that this has been a lengthy and at times tough process, but we are pleased to unveil this legislation this evening," said Arizona Senator Kyrsten Sinema, a key negotiator.

The law demonstrated that "we can put our personal political disagreements aside for the greater benefit of the nation," she added.

Republican negotiator Senator Rob Portman of Ohio said that the final result would be "excellent for the American people."

Throughout the long weekend of starts and stops, Schumer repeatedly warned that he was prepared to keep lawmakers in Washington indefinitely to complete votes on the bipartisan infrastructure plan and a budget blueprint that would allow the Senate to begin work later this year on a massive $3.5 trillion social, health, and environmental bill.

Additionally, $55 billion is set aside for water and wastewater infrastructure, in addition to billions for airports, ports, broadband internet, and electric car charging stations.

Legislators widely support the expenditure because it provides much-needed cash for large-ticket projects that cities and states seldom pay for independently.

The package's financing has been a problem, as Senators have rejected proposals to generate money via a new gas tax or other means.

Rather than that, it is being funded via unconventional means, including the repurposing of approximately $205 billion in unused CovidOVID-19 disaster money and unemployment assistance rejected by certain states and dependent on anticipated future economic development.

"I have serious reservations about this bill," Utah Republican Senator Mike Lee said.

However, bipartisan backing from Republican and Democratic Senators accelerated the process, and Schumer desired that the vote be completed before the August break.

Last week, 17 Republican Senators voted with all Democrats to begin work on the bipartisan measure.

With Senate minority leader Mitch McConnell (R-KY), this support was maintained, voting yes in another procedural vote to move the process forward in the 50-50 Senate, where 60 votes are required to overcome a filibuster and pass legislation.

Senator John Cornyn, a Republican from Texas, said that he expects Schumer to allow all Senators to design the bipartisan measure and allow for changes from members of both parties.

"I think we can now apply the brakes somewhat and carefully weigh the merits and cost of this legislation," Cornyn added.

The bipartisan measure faces an uphill battle in the House, where progressive members want a more comprehensive package but may have to settle for this one to keep Biden's infrastructure ambitions on track.

The outcome of the bipartisan effort will pave the way for the next debate over Biden's much more ambitious $3.5 trillion package, a purely partisan endeavor championed by Democrats that includes far-reaching "human infrastructure" programs and services such as child care, tax breaks, and healthcare that touch nearly every aspect of American life.

Republicans are vehemently opposed to the measure, which would need just a simple majority to succeed.

The measure's final vote is not anticipated until autumn.

Senator Elizabeth: What Happens Next With Infrastructure