Law and Order Party Saw No Insurrection at U.S. Capitol. 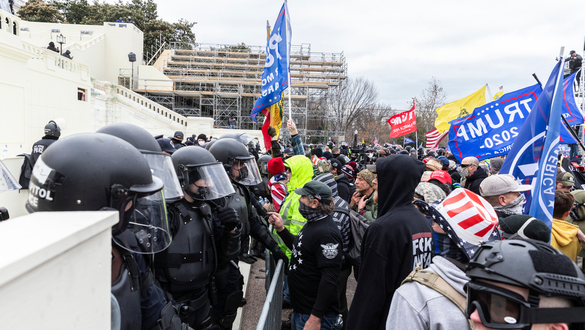 Senate Republicans are prepared to use the filibuster to prevent a congressional commission on the January 6 uprising, leading to bipartisan expectations of a panel being formed being dashed.

Republicans convened 33 hearings related to the Benghazi attack, during which Hillary Clinton gave a total of 11 hours of testimony.  Congressional Republicans and conservative media invested a considerable effort analyzing what happened in Benghazi and the Obama administration's reaction. On the whole, their assumption is that the Obama administration may be covering something up.

Following years of investigation, interviews, and hearings, the House committee investigating the 2012 Benghazi incident published a report with more than 800 pages. The findings concluding that the attack, which resulted in the deaths of four American citizens, including the U.S. ambassador, demonstrated the administration's failures, including its failure to provide adequate security and its sluggish response time.

However, the findings concluded there was no evidence of wrongdoing by then-Secretary of State Hillary Clinton or other members of the Obama administration.

We now move from 2016 to 2021. That same Republican Senate behind that House select committee established to examine the Benghazi attack on September 11, 2012, today found no blame or saw no insurrection on January 6, 2021, even though the entire world saw a hostile mob live on television descend on the U.S. Capitol.  In 2016 there was no objection from Mitch McConnell. Still, today, because the GOP party faithful holds true to former President Trump's political power, the GOP senate rejects an investigation even if it rocks the core of the republic.

It is expected that Senate Republicans will use a filibuster to stop the legislation that would establish a bipartisan and independent commission to investigate the January 6 attack on the Capitol.

The Senate is planning to hold a procedural vote Thursday evening to move to a debate on the bipartisan bill, which incorporates the ideas of both Democrats and Republicans. Still, it will fall short of the 60 votes required to overcome a filibuster and effectively kills the latest effort to look into the riots and what caused them.

In a 50-50 Senate that is closely held by Democrats, the party will require at least 10 Republicans to stave off a filibuster.

Some or all of the Republicans, including Sen. Mitt Romney of Utah, Sen. Lisa Murkowski of Alaska, and Sen. Susan Collins of Maine, who drafted an amendment to try to salvage the commission, expect the legislation to gain the support of at least several members of their party, as well as at least a few Democrats.

Following months of delays and Republican accusations of partisan maneuvering, Chairman Thompson of the House Homeland Security Committee and Ranking Member Katko of New York announced that they had reached an agreement on the framework: Democrats would be allowed to appoint ten members with an equal split between the parties, while Republicans would be allowed to name a vice chairman.The body would have subpoena authority, and it would prevent members of Congress and government workers from participating on the committee.

A group of 35 Republicans in the House of Representatives lent their support to the measure last week, and thus the bill was passed by the House with support from both Democrats and Republicans.

To the extent that it is possible, one of the few pieces of bipartisan legislation approaching Congress at a time when political divides constrain legislation's passage is an amendment to the Indian Civil Rights Act.

Even GOP leaders in both chambers went as far as opposing the bill. This made it virtually assured that the bill would not end up on President Biden's desk to become a law.

Even with the Republican senators being unwilling to move on the proposal, Senate Majority Leader Chuck Schumer of New York pledged to vote on the bill.

Schumer has been reported saying several times that he is prepared to bring House-passed proposals on the floor to put pressure on Republicans, but thus far, most remain in limbo in the Senate.

According to Minority Leader Mitch McConnell of Kentucky, who declared his opposition to the plan last week, the bill was practically dead at that point since he had joined his House counterpart in opposing it.

Former President Donald Trump's response to the rioting has also drawn scrutiny, and GOP Senate leader McConnell has spoken out against both events. In the view of McConnell, however, two other investigatory bodies would be redundant, and the federal probes that are already underway are sufficient.

While lawmakers were working on trying to sway Republicans, someone in Congress also put up a last-ditch effort to appeal to Republicans for their support of a commission.

While some GOP senators declared that they will continue to oppose the creation of a Congressional commission, the mother of one of the U.S. Capitol Police officers who was killed during confrontations with rioters, U.S. Capitol Police Officer Brian Sicknick, met with several of them to express the necessity of the commission.