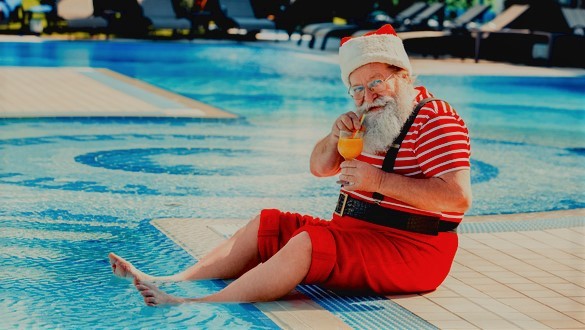 Greenland cannot be purchased from Denmark. It’s an autonomous country. Greenland open for business, not for sale. If President Trump and Larry Kudlow have so much time on his hands, maybe they should see if the North Pole is available.

Larry Kudlow who has portrayed himself as a conservative economist on television for two decades has proven like many of the sycophants that nod their heads at every ludicrous idea President Trump comes up with - that facts don’t matter.

Last week President Trump accused former VP Joe Biden of not playing with a full deck and mocked him for making a gaffe during a campaign speech. Never mind the President Trump many times sounds so incoherent, he sounds as if he has dementia. Trump, you’ll remember asserted during his July 4, 2019 speech that the continental army secured the airports during the revolutionary war.

Larry Kudlow is supposed to be the White House economic adviser made no attempt to dissuade the President from the idea of the United States buying Greenland. Like telling him, it may be part of the Kingdom of Denmark, but it’s also an autonomous nation since 1979.

Instead, Kudlow who has been accused on more than one occasion to be soused during interviews confirmed on Sunday Trump administration’s interest in trying to purchase the island nation noting Greenland was a highly strategic place, rich in various minerals.

Kudlow and Trump may be winning points with male and female white U.S. voters without college degrees whom couldn’t be bothered with the facts or the truth, but with the rest of the U.S. population, both are perceived with widespread ridicule.

Kudlow’s and for that matter, Trump’s line of reasoning is that since Denmark owned Greenland, and the United States has fought to free it from the NAZIS and defended it from the Soviet Union after, should be willing to sell us Greenland. The reasoning leaves many questioning if either of them is sober.

Trump’s intentions of purchasing Greenland were first mentioned by the Wall Street Journal last week. Two people with inside knowledge of this directive informed the Washington Post of this matter, stating that Trump had been mentioning it for weeks now. Anthony Scaramucci, who briefly served as the White House director of communications is right that no one working for President Trump has the ability or ethical conduct that goes with their high position in the White House to tell him the truth. Instead, they hide in the corners and do what they can to ignore his stupidity until it becomes impossible hoping he’ll forget his insane ideas and move on to other more mainstream issues.

In two weeks, Trump has planned to visit Denmark, which could end in embarrassment or some sort of extortion. Ever since this story broke out, Danish politicians have been ridiculing Trump and this idea. Greenland’s foreign affairs ministry stated that the country would never be up for sale and that should be the end of this stupidity.

The ministry tweeted that Greenland was rich in many valuable resources important to the United States like minerals, renewable energy, seafood, fish stocks, pure ice, and water. Greenland is emerging as a new hub for adventure tourists. They say they’re definitely not up for sale.

Part of the problem here is people like Larry Kudlow have told Trump that after WWII, President Truman had offered to buy the island nation from Denmark in exchange for $100M. U.S. military forces had a strategic base in Greenland, which was meant to defend the continent in case Germany attempted to attack it. Again, that was back in the mid-1940s, well before the island became an autonomous state. Perhaps Kudlow was too scared to explain that to trump?

Greenland was allowed home rule in 1979 by Denmark. Greenlanders then voted for the Self-Government Act in 2008, transferring powers from Denmark’s government to Greenland’s local government. This new structure has been effective since June 21, 2009, and lets Greenland assume the responsibilities for functions like financial supervision and regulation, working environment, mineral resources, auditing and accounting, company law, the judicial system, border and alien controls, succession and family laws, legal laws, aviation and policing.

Denmark’s government handles defense, monetary policy, and foreign affairs. It provided an initial subsidy of around DKK 3.4B on an annual basis, which will be reduced on a gradual basis. Greenland intends to develop its economy, using the income gained from the extraction and processing of various natural resources. Nuuk, its capital, had hosted the Arctic Winter Games in 2016. Over 70% of Greenland’s energy is generated from renewable sources, with hydropower responsible for a major chunk of it.

The Arctic region has become more accessible due to melting ice. The United States has been steadily warding off moves made by China and Russia in this zone. China had declared itself to be a ‘near-arctic country’ last year. It has argued in favor of its ‘Polar Silk Road,’ which would allow Chinese goods to be transported via sea to Europe from Asia.

China had recently attempted to fund construction of 3 airports in the country, drawing a response from Defense Secretary Mattis. The Pentagon then requested Denmark to fund these facilities itself instead of relying on Beijing.

Perhaps, Kudlow after a few stiff ones would do well to suggest to Donald buying the North Pole. Santa has been looking to retire.  I wish I was joking.  If Twitter is a method of reading our president's inner most thoughts and psyche here is a very frightening Tweet showing that Santa maybe listening to our president. 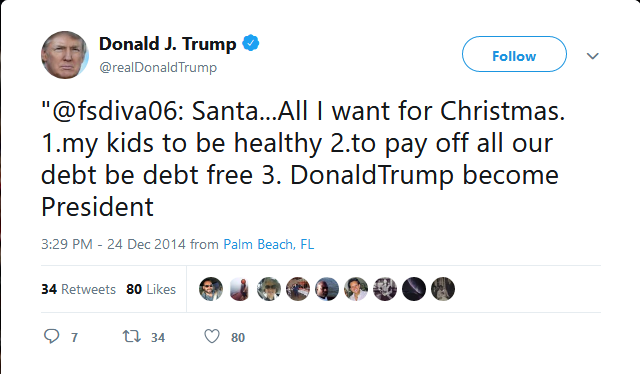