Larry Kudlow: ‘Trump Administration taking a look’ at whether Google searches should be regulated 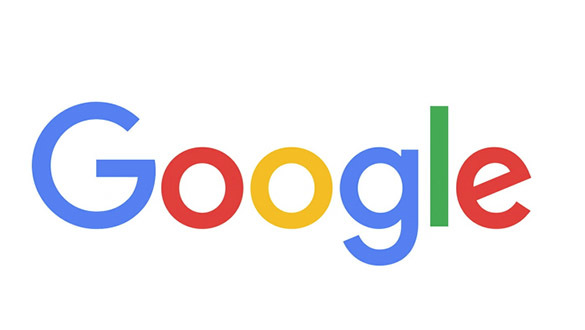 The war on Free Press and Free Speech was kicked in high gear by the Trump administration this morning with the announcement House by Larry Kudlow, President Trump’s economic adviser, outside the White House, is  “taking a look” at whether the government should regulate Google and its search engine.

Kudlow’s announcement echoes the same kinds of concerns that repressive regimes like China complain about that all come down to free speech and the free press. Trump is putting a spin on it to go after the search engine giant for what he and the tin foil brigade allege systematically discriminates against conservatives on social media and other platforms.

Kudlow’s comments to reporters appear to have been prompted by two Trump tweets this morning about the stories that appear when he either learned or saw for himself what the current Google search results for “Trump News” are pulling up for viewers which he refers to as “ only the viewing/reporting of Fake New Media.”

In a pair of tweets posted before 6 a.m… 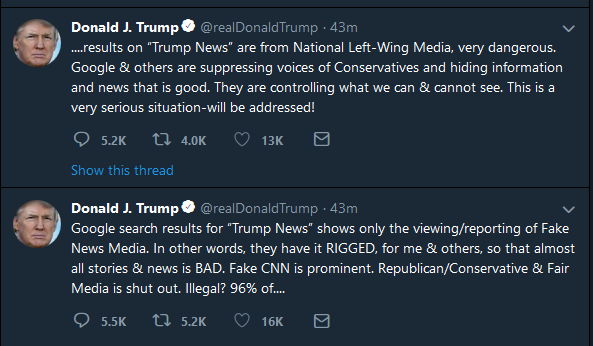 Google, in a statement, repeated that their search engine is NOT politically biased: “When users type queries into the Google Search bar, our goal is to make sure they receive the most relevant answers in a matter of seconds. Search is not used to set a political agenda, and we don’t bias our results toward any political ideology.”