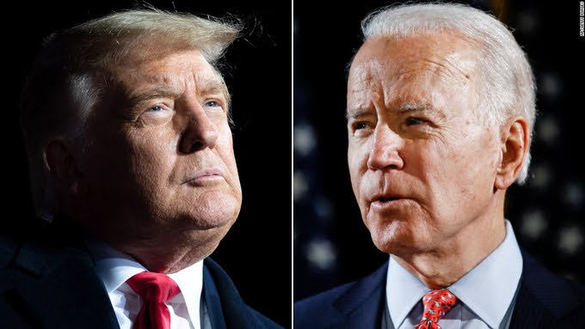 A string of court losses around the country do to unsubstantiated evidence has Trump Administration officials stepping forward and admitting that former Vice President Biden won the election and calling for a peaceful and orderly transition to begin.

As each day passes, more and more Republicans are beginning to recognize the obvious. Joseph Biden is now the President-Elect and will be sworn into office on January 20, 2021.

The Trump Campaign’s lawyers retreated from an essential claim today In Pennsylvania lawsuit in which a hearing will be held tomorrow. Trump’s lawyers dropped the allegation that 682,479 mail-in and absentee ballots were illegally processed without its representatives watching.

Trump’s campaign pared-down lawsuit now focuses on allegations that Republicans were illegally disadvantaged because some Democratic-leaning counties allowed voters to fix errors on their mail ballots,” and “Counties have said this affected only a small number of votes.”

Such a small number of disputed votes ultimately mean that the Trump legal team has admitted defeat in the state. Democratic Party lawyer Cliff Levine said that Trump’s amended lawsuit proves that the president has given up on changing the state’s results.

“Now you’re only talking about a handful of ballots. They would have absolutely no impact on the total count or Joe Biden’s win over Donald Trump.”

In a separate federal court proceeding, Trump lawyers have acknowledged that they had certified observers watching mail-in ballots being processed in Philadelphia. Gov. Tom Wolf’s administration has said that ballot watchers from all parties had observers throughout the process and that “any insinuation otherwise is a lie.”

Today National Security Adviser Robert O’Brien further dimmed the hopes of President Trump’s being re-elected by saying it “obviously” looks as if  Joe Biden has won the presidential election.” O’Brien pledged “a very professional transition” with the incoming Biden team at the National Security Council.

Robert O’Brien’s admission is the first on-the-record admission that Trump lost the 2020 election by a senior White House official.  This is after more foreign governments have already recognized President Trump’s defeat despite his spending every day since the election disputing Biden’s victory.

Even Trump himself slipped up on Sunday by Tweeting  …

… but realizing his slip quickly backtracked with a tweet saying, “I concede NOTHING!”

Trump’s refusal to concede defeat in the election has alarmed observers in the national security community concerned that delaying the transition — or not having a proper transition at all — will damage national security.  O’Brien comments today were sought to allay those fears during his remarks in the virtual DefenseOne 2020 Global Security Forum…

“If the Biden-Harris ticket is determined to be the winner, and things look that way now, we’ll have a very professional transition from the National Security Council, there’s no question about it.”

“They’re going to have very professional folks who are coming in to take these positions, many of whom have been here before and spent a lot of time in the White House in prior administrations.”

Most political pundits and analysts see President Trump’s refusal to concede his loss to President Elect Biden as a fundraising tactic.  It is designed to allow Trump to both pay off his campaign debts and as a way to maintain control over the Republican Party so he can amass as much money as possible to be politically relevant.

The Director of the General Services Administration, a Trump acolyte Emily W. Murphy, refuses to sign off to recognize Biden as the President-Elect. This has blocked Biden’s team from receiving access to millions of dollars in funding, access to offices, and other government services designed to help ease the transition to a new administration.

Murphy is already looking for a new job, according to a message obtained by ABC News. According to the network’s reporting, she recently sent that message to an associate inquiring about employment opportunities in 2021, a move that, despite her unwillingness to acknowledge Biden’s win, the current administration will soon be gone.

Murphy’s job hunt is likely to amplify the growing chorus of critics of the GSA head’s unwillingness to acknowledge Biden as the President-Elect. He pointed out that delaying the transition could do tremendous harm to U.S. government operations, particularly amid a pandemic, by blocking the Biden team from access to critical information and slowing security clearances for incoming officials.

Despite his recognition that Biden is the President-Elect, O’Brien still dismissed concerns today that delaying the transition might endanger national security…

“I’m old enough to remember Bush v. Gore, and the transition there didn’t start until mid-December and yet it got done,”

“And if we’re in a situation where we’re not going to a Trump second term, which I think people here where I’m sitting in the White House would like to see if it’s another outcome, it’ll be a professional transition, no question about it.”