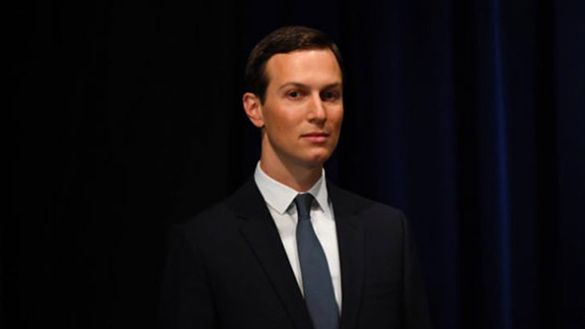 In his new book “Betrayal: Act of the Trump Show,” ABC correspondent Jonathan Karl revealed that Jared Kushner blew off a call from former Vice President Mike Pence’s Chief of Staff. He was seeking help from Kushner to reel in his father-in-law Donald Trump from trying to steal the election.

Without revealing the specific timing of the call, Johnathan Karl, during an appearance on MSNBC’S Morning Joe, told co-hosts Joe Scarborough and Mika Brzezinski that Marc Short, former Vice President Pence’s chief staff during which he told Trump that there was no way that Pence could subvert the will of the voters. Kushner, couldn’t be bothered, according to Karl.

“This is during the holiday’s right before January, and he gets a call from Short and says, ‘Please, Jared, can you talk to your father-in-law? This is getting dangerous. Somebody needs to tell him who he will listen to, that Mike Pence cannot single-handedly overturn the election. Talk to him; he listens to you.”

“Jared’s answer was, you know, ever since Rudy Giuliani came in, I don’t have any part of this election stuff. I’m focused on Middle East peace. I got things to do over here.’ And he refused to go and have an intervention with his father-in-law.”

“So those who knew better and weren’t on the program with what Trump wanted to do simply take a step back and did nothing. It’s a very -- it’s like the John Stuart Mill quote: ‘All it takes for evil to prevail is for good men to do nothing.’ There were a lot of people doing nothing around Trump at that time.”

This all leads to the January 6, 2021 insurrection and the chaos that has ensued since. The revelation that Pence’s Chief of Staff attempted to reach out to Kushner, arguably Trump’s closest advisor, could be a problem for Jarred Kushner. This disclosure could lead to his being subpoenaed to answer questions by the House Committee investigating the events leading up to and following the January 6, 2021 insurrection.