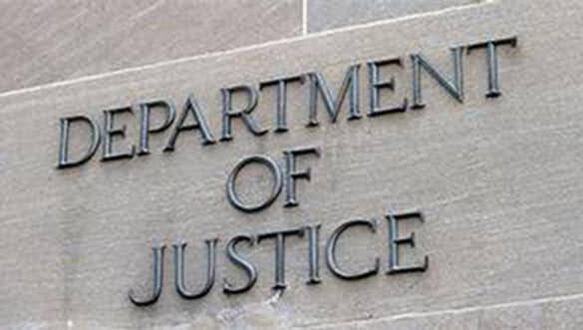 The U.S. Justice Department allegedly reached a plea agreement with a January 6 terrorist who threatened to shoot Speaker Pelosi in the head and arrived at the event with a vehicle laden with guns and explosives.

The alleged plea bargain reached by the US Justice Department with a guy who threatened to shoot Nancy Pelosi in the head on live television is horrible.

It should be met with an outpouring of criticism and outrage. Cleveland Grover Meredith Jr. drove from Colorado to Washington, DC, to participate in the January 6 "stop the steal rally," which was supposed to be a peaceful protest of the 2020 presidential election results, but arrived after they turned violent as supporters of then-President Donald Trump stormed the Capitol building, attacking police and searching the halls for elected officials, some threatening to kill them.

Meredith arrived armed to Trump's attempted violent coup in a vehicle laden with guns and explosives after threatening the life of a constitutional office bearer.

Meredith was initially charged with a half-dozen severe offenses that might land him in jail for 20 years; the DOJ has offered him a plea bargain in which they only trust him with threatening to murder Nancy Pelosi in return for a guilty plea.

Meredith's vehicle was loaded with enough weapons, including explosives, to take down the Capitol. A two-year sentence entails 5 or 9 months in prison with good conduct.  This enemy to our democracy took part in the Capitol storming, and all he gets is two years in prison?  Or instead, time served.

The United States collectively committed the same error as the German government did with Hitler and his Stormtroopers after the so-called Beer Hall Putsch on November 8 and 9, 1923.

Hitler and his Nazi thugs tried to destabilize the German government. Police murdered over a dozen Nazi Stormtroopers, and Hitler was captured and charged with high treason.

He was found guilty, and even though it was a bold failed insurgency, Hitler and his goons received the lowest terms available in a minimum-security jail. Hitler was condemned to five years in prison but only spent eight months. He was permitted to dress usually and have visits daily. We all know how the narrative progresses from there to a fascist nightmare that resulted in 70 million World War II casualties.

The Department of Justice is promoting the next coup, giving China, Russia, and our adversaries in the Middle East precisely what they want: the breakdown of our Republic from within and an authoritarian administration willing to split the globe. As a consequence, the Bide-Garland Justice Department is failing America with lenient January 5th plea bargains.

Those who stood on that podium on January 6, 2021, who set 15,000 on foot to the Capitol on January 6, did so to stop the U.S. Constitutionally mandated ceremony. They triggered the Capitol storming to kill our democracy and Republic and replace it with a white nationalist dictatorship.

Every one of them on that stage was both direct inciters and collaborators in the attempted coup, must be prosecuted, and face the most rigorous prosecutions possible, as well as the heaviest penalties if convicted.

Let us not repeat the error committed by the German government in 1923.

Call or email your legislators in Washington to express your opposition to the Bide-Garland Justice Department's pacifist leniency policy.

Don't give fascism a chance to flourish. These cretins should be imprisoned.