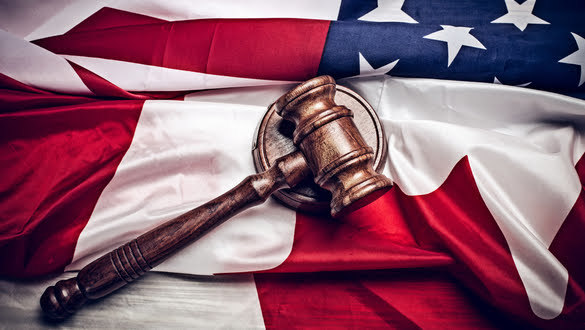 Retired federal judge John Gleason was appointed to argue against the Department of Justice’s motion to drop criminal charges against Michael Flynn.  His argument accuses the Justice Department, President Trump of criminal conspiracy to get Judge Sullivan to rubberstamp their felonies.

Allow us to introduce you to Glenn Kirschner, a Former 30-year federal prosecutor (Army JAG and Assistant U.S. Attorney in D.C.), and NBC News/MSNBC legal analyst bringing my experience and perspective to legal issues of the day.

Kirschner “Justice Matters” YouTube video blog is one of the best ways to get clear, concise and experienced legal analysis in laymen’s terms the Trump era. He’s all about the law and doesn’t allow political ideology to drift into his discourse.

Kirschner argues that Flynn could be sentenced to 6 months in prison or have the entire case dismissed by Judge Emit Sullivan. A dismissal, however, would put Flynn in danger of being charged for crimes he admitted as part of his elocution and plea agreement.  Regardless of what Judge Sullivan decides, what he says before makes his decision – should be said before the November general election.

His analysis below raises serious questions about whether Attorney General William Barr and others in the Justice Department should face disbarment and prosecution along with President Trump and dozens of administration personnel that allowed politics to supersede the rule of law. Understanding what’s at stake for President Trump if he loses this election will help understand his canards.