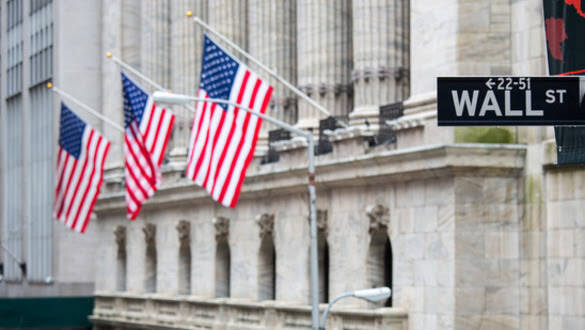 The latest employment report showed the U.S. economy added 943,000 jobs and that the unemployment rate falls to 5.4%. Some economists and market observers suggest that the Federal Reserve tighten interest rates and policy to prevent the economy from overheating and stave off higher inflation.

The good news is that U.S. employers added back more jobs than expected last month, with payroll gains showing signs that the improving economic recovery we have seen in recent months has continued. There is no better evidence than the jobless rate, which fell to the lowest level since March 2020 and has improved more than economists and market analysts expected.

The U.S. Labor Department released its July jobs report Friday morning, and all of the primary metrics from the report are as follows with comparisons to consensus estimates as compiled by Bloomberg:

Despite the better-than-expected numbers, the reality is that the economy is still trying to recoup millions of jobs lost since the start of the pandemic. The U.S. economy, even after these better than expected numbers, has still shed 5.7 million jobs since March of last year, with much of this deficit present in the leisure and hospitality industries. This economic sector has lost a total of nearly 2 million jobs since the pandemic first brought about shutdowns across the U.S.

Another thing to keep in mind is that these numbers were achieved before the dreaded 4th wave of Covid-19. The Delta variant had snowballed into a new crisis that's infecting 100,000 people a day and once again had begun to over the capacity of hospitals across 40 states at this point.

Since the June jobs report, the Delta variant has begun exacerbating many workers' concerns over becoming infected in the workplace, which keeps millions of individuals sidelined from the labor market. To understand if the job gains in the summer will continue into the fall.

For investors, however, a slight moderation in job growth could be taken as a potential positive for markets, and that's why the Dow Jones and S&P rallied on the jobs numbers.

The jobs numbers weren't by themselves good enough to raise concerns that the Federal Reserve will unwind their highly accommodative monetary policies in the near term….

Federal Reserve Governor Christopher Waller, however, said earlier this week that he…

"Would support tapering the central bank's crisis-era bond purchases by September if the next couple jobs reports come in strongly."

Meanwhile, Federal Reserve Vice-Chairman Richard Clarida said he would reduce the accommodations further down the road…

"I would back an interest rate increase in 2023 if the economic recovery continues on its current trajectory."

Investors, economists, and economic pundits continue to worry about the effect the Delta variant of Covid-19 will have on the U.S. and world economy. No one in the financial or economic fields seems to be taking the warnings from Dr. Fauci that the Delta variant will get worse and could infect as many as 200,000 people a day in the United States and kill as many as 4,000 a day by October.

It's also impossible to ignore the danger that one or more much more dangerous Covid-19 variants could emerge in the next few months from many areas of the world with large populations that don't have access to the current vaccines. The danger of a doomsday Alpha/Omega variant is still an abstract risk that Dr. Faucu insists is a realistic reality.

The world, including the United States, could face hundreds of thousands of more deaths, perhaps millions more, while the world could suffer tens of millions of more Covid-19 related deaths.