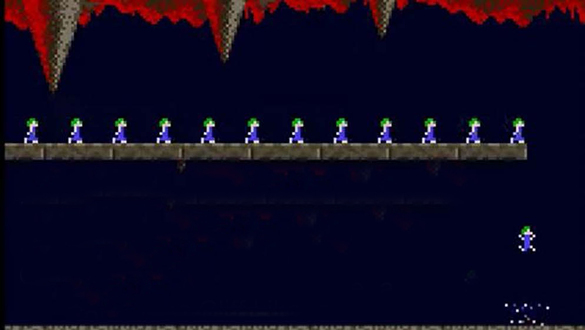 A reckless and ignorant far-right County Judge in Butler County, Ohio, orders a hospital and its physicians to administer Ivermectin to a patient in the Intensive Care Unit (ICU) suffering Covid-19. Ivermectin is a livestock dewormer that federal regulators, World Health Organization, and physicians across the United States and World have repeatedly warned against using because it could be fatal.

The right-wing Republican insanity has reached a new potential lethal level. An Ohio Butler Common Pleas Judge Gregory Howard ordered West Chester Hospital, part of the University of Cincinnati Network, to treat Jeffrey Smith, 51, a Covid-19 patient who has been in the hospital's ICU for several weeks with Ivermectin.

The ruling responds to the man's wife filing a lawsuit to compel the hospital to administer 30mg veterinary drug Ivermectin daily for three weeks on August 23, 2021. The Judge's effective treatment is not approved by the FDA and is a treatment used to deworm livestock animals of parasitic disease. Several researchers won a Nobel Prize in 2015 for establishing its efficacy in humans to treat head lice, onchocerciasis (river blindness).

However, the U.S. Food and Drug Administration, Centers for Disease Control and Prevention, and World Health Organization warned against using Ivermectin to treat COVID-19, a viral disease.

The FDA and numerous physicians insist it's unproven as a treatment for Covid-19 and say large doses of the drug can be dangerous and could cause serious harm, even death to humans. A review of available literature conducted earlier this month by the journal Nature found there's no certainty in the available data on the potential benefits of Ivermectin to Covid-19 patients.

Meanwhile, the CDC has warned there are multiple reports of poisoning related to the use of Ivermectin that has increased threefold this year, spiking in July.

The patient's wife, her husband of 24 years, Jeffrey Smith, is hospitalized in the Ohio hospital. Julie Smith filed the lawsuit on his behalf tested positive for COVID-19 on July 9. Jeffery Smith has been hospitalized in its ICU since July 15 and has been sedated, intubated, and placed on a ventilator since August 1. He later developed a secondary infection as of August 23, 2021, according to court records say.

The lawsuit doesn't mention whether Jeffrey Smith was vaccinated against COVID-19 before his hospitalization. However, overwhelming majorities of people currently hospitalized with COVID-19 are unvaccinated, according to data from the Ohio Department of Health, which shows of roughly 21,000 Ohioans hospitalized with Covid since January 1, 2021, and that only about 500 were vaccinated for Covid-19

Mrs. Smith found Ivermectin on her own and connected with Dr. Fred Wagshul, an Ohio physician who her lawsuit identifies as "one of the foremost experts on using Ivermectin in treating COVID-19." Dr. Wagshul then prescribed the drug to Mr. Smith, but the hospital refused to administer it based on the CDC and FDA warnings about the drug.

A hospital spokeswoman contacted by the press about the lawsuit said she couldn't comment on litigation and federal patient privacy laws prevent her from commenting on any specifics of patient care.

Mrs. Smith is represented by New York attorney Ralph Lorigo, the chairman of New York's Erie County Conservative Party. He has successfully filed one similar case against a Chicago area hospital and two more in Buffalo. Lorigo did not respond to an email or phone call from the press.

The Ohio lawsuit filed by Mrs. Smith refers to the Front Line Covid-19 Critical Care Alliance, a nonprofit of which Wagshul is listed as a founding physician. The organization touts Ivermectin as both a "preventative and treatment for COVID-19". The organization lists a "How To Get Ivermectin" section which includes prices and locations of pharmacies that will supply it from all over the world, including in Afghanistan, Sao Paulo, Brazil, and here in the United States.

In one press interview, Wagshul said the science behind Ivermectin's use in COVID-19 patients is "irrefutable," and he accuses the CDC and FDA of engaging in a "conspiracy" to block its use. To protect the FDA's emergency use authorization for COVID-19 vaccines, Dr. Wagshul said in the interview that the mainstream media and social media companies have been engaging in "censorship" on Ivermectin's merits and that the U.S. government's refusal to acknowledge "its benefits amounts to genocide"….

"If we were a country looking at another country allowing those [COVID-19] deaths daily … we would have been screaming, 'Genocide!'"

Dr. Wagshul insists he has no financial interest in the sale of Ivermectin.

Meanwhile, Dr. Leanne Chrisman-Khawam, a physician and professor at the Ohio University Heritage College of Osteopathic Medicine, called Dr. Wagshul and the FLCCCA organization "snake oil salesmen." She says she has reviewed the association's research on the drug's uses and said there are some serious problems with its cited studies: many of them don't show positive results, and those that do bear design flaws like small control groups, unaccounted for variables, non-blinded studies, not accounting for mitigations like vaccines and masking practices, and others…

"Based on evidence-based medicine and my read on this large number of small studies, I would find this very suspect, even the positive outcomes."

Several state authorities declined to comment on the matter, including Cameron McNamee, a spokesman for the Ohio Board of Pharmacy, and referred inquiries to the state Medical Board, the attorney general, and the Ohio Hospital Association.

A spokesman for the Ohio Medical Board, which licenses physicians, said its jurisdiction is over the practice of doctors and how they uphold standards of care — not lawsuits.

A spokeswoman for Ohio Attorney General Dave Yost declined to comment and referred inquiries to the Pharmacy and Veterinary Board.

An Ohio Hospital Association spokesman called the lawsuit "interesting" but said he'd need to confer with his legal team before commenting.

It's unclear why the hospital didn't mount any defense under a new law passed in the state budget this summer that grants health care providers the "freedom to decline to perform" any service that violates their "conscience," as informed by moral, ethical law or religious beliefs.

No attorney information for West Chester Hospital has been available on the court docket as of Friday afternoon.

Warning against using Ivermectin for COVID-19