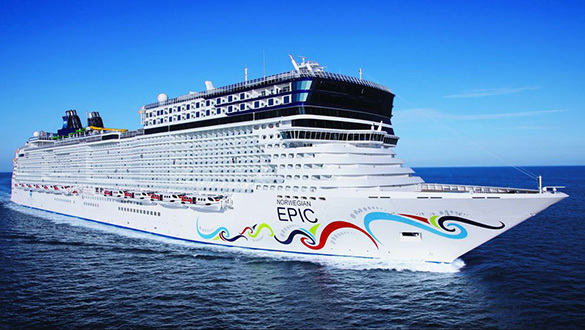 In a ruling issued on Sunday, a federal court granted Norwegian Cruise Line Holdings permission to violate a Florida statute that prohibits businesses from requiring evidence of immunization against the coronavirus.

She stated in her decision that Florida had failed to "present a sufficient evidential, factual, or legal foundation" for the prohibition, according to court papers acquired by Politico magazine.

It allows the company to operate with 100 percent vaccinations or without the need that all passengers and crew members be vaccinated as a sailing condition while sailing from Florida ports.

In accordance with the Republican governor's order, which put a bar on vaccination passports on July 1 and was signed by President Trump, the company will not be subject to $5,000 fines for each violation.

As a result, it will be the first cruise line in Florida to require that everyone on board be fully vaccinated, in violation of the wishes of Governor Ron DeSantis, whose administration has characterized the lawsuit as "meritless" and the company's vaccination policy as "discriminatory," according to the Miami Herald.

In a 59-page decision, the U.S.District Judge Kathleen Williams approved the cruise line's request for a preliminary injunction, preventing the state from implementing its statute prohibiting so-called vaccination passports from entering the country.

She predicted that the business would win based on its arguments that the statute violates its rights to free expression and places a significant burden on interstate trade.

Norweigan would suffer “significant economic and social consequences” if the legislation were to be implemented in the meantime, she acknowledged.

The law was initially issued as an executive order by DeSantis in April. Norwegian could have faced millions of dollars in fines each time a ship left port in violation of the statute's provisions.

The Norwegian Gem, the company's first ship to sail out of Florida in almost a year and a half, is scheduled to leave for the Bahamas on August 15th.

Even as coronavirus infections rise in the state of Florida, the nation as a whole is witnessing a surge in the highly transmissible delta variant, which is driving a new wave of coronavirus cases throughout the country.

Norwegian Cruise Line had “demonstrated that public health would be jeopardized if it is required to suspend its vaccination requirement,” Williams wrote that the state's lawyers had demonstrated that there was "no public benefit from the continued enforcement" of the law against the cruise ship company.

The cruise company Norwegian Cruise Line Holdings — which owns the sail lines Norwegian Cruise Line, Oceania Cruises, and Regent Seven Seas Cruises — has said that the best safe method to cruise again is for every single guest on board a ship to get vaccinated in the previous several months.

After Florida imposed a vaccination passport ban, CEO Frank Del Rio remained strong, threatening to withdraw his company's ships from the state until the restriction was removed.

Norwegian has said that the vaccination requirement would remain in effect until at least October 31.

In a statement released on Sunday, the operator said that the company's policy of 100 percent vaccination of passengers and crew members was at a place without problem in every port from which it sails across the globe, except the port of Florida.

In the end, Norwegian filed a lawsuit in federal court against Florida's surgeon general last month, claiming that "despite the ongoing global pandemic and the accelerating spread of the Delta variant, Florida prohibited the company from requiring vaccine documentation that the company believed would enable it to resume sailing in the safest way possible."

When it comes to strategic tools, litigation is the last resort for our company. However, it has fought to do what it believes is right and in the best interest of the welfare of our guests, crew, and the communities we visit in an effort as responsible corporate citizens to minimize the spread of covid-19 to the greatest extent possible as we gradually relaunch our vessels,” Daniel S. Farkas, executive vice president, said.

Despite repeated requests, the Norwegian Cruise Lines did not immediately reply to a request for comment on DeSantis' vaccine passport ban on Sunday night.

After receiving an email seeking comment on the issue, representatives for DeSantis did not respond immediately.

This year, the state of Florida filed a lawsuit against the Centers for Disease Control and Prevention (CDC) over a long list of regulations that the CDC had put in place to enable cruise lines to restart operations. The complaint was filed in January.

Included in the requirements were a requirement that no ships be allowed to go on test voyages until 95 percent of the passengers and crew members had been immunized.

Even though a judge agreed with the agency's claim that it had overreached, he said its requirements would be reduced to suggestions in the state.

In contrast to this change, cruise firms have voluntarily embraced the recommended procedures of the Centers for Disease Control and Prevention.

Certain other cruise lines that operate out of Florida have made modifications to comply with the law, including allowing some unvaccinated passengers to board but subjecting them to further testing and putting other limitations on the ship.

In contrast to its competitors, Norwegian Cruise Lines does not allow children under the age of 18 to sail if they have not been immunized.

Norwegian gets a preliminary injunction to sail out of Florida