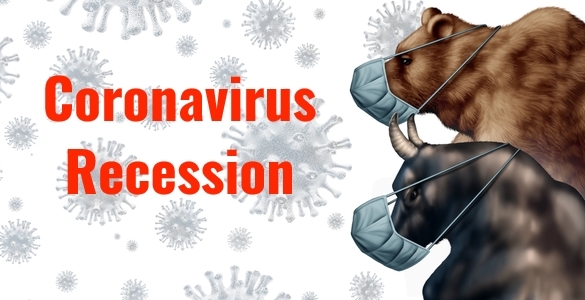 The latest JPMorgan forecast assumes the government will enact half a trillion-dollar fiscal stimulus and suggests that growth could return to positive in the third quarter if the spread of coronavirus slows.

A recession is defined as two or more consecutive quarters of negative annualized GDP growth. However, the National Bureau of Economic Research no longer follows this standard, instead of describing a recession as…

By either definition, if the new JPMorgan forecast holds, the U.S. economy could be declared in recession as soon as July. 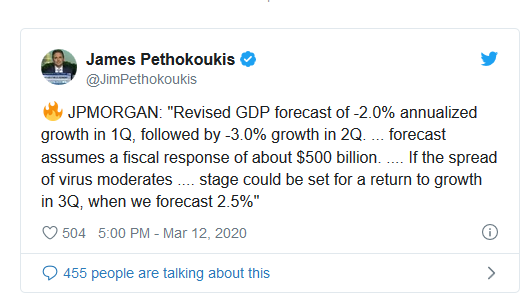