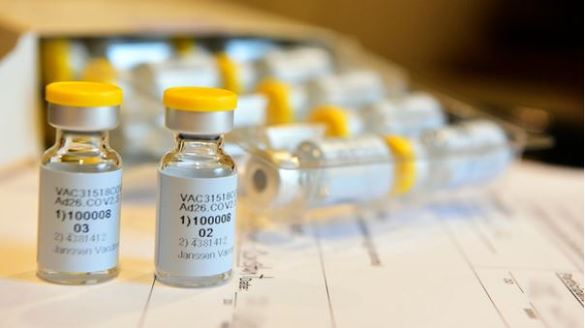 In collaboration with the FDA, the CDC continues to investigate some possible adverse effects associated with the Johnson & Johnson CO19 vaccine that have been recorded since the roll-out was suspended last week.

Vaccine experts took part in Wednesday’s CDC meeting in an attempt to decide whether to ban Johnson & Johnson’s Coronavirus’s one-shot vaccine or reduce their use.

According to a joint statement from the Food and Drug Administration and the Centers for Disease Control and Prevention, the women affected were between 18 and 48. Their symptoms occurred 6-13 days after the injection. According to federal officials, one resident has died, and another is in critical care in a hospital.

Six patients initially formed an unusual and severe form of a blood clot after taking the injection. However, considering that the United States has had 32,436,000 COVID-19 infection cases and 581,300 deaths, this small number out of 6.8 million J&J vaccines being administered seems minute.

The group was first expected to meet on Wednesday afternoon to decide if the federal government could act after hearing about a few cases of patients having rare clotting issues after getting the vaccine.

The recommendations are not legally binding, but federal health officials have indicated that they would obey the CDC panel and the FDA’s separate investigation while making vaccination decisions.

While the plurality of committee members (including health experts, scientists, and doctors) argued that further analysis was needed, others expressed fear that the increased uncertainty might damage public confidence and efforts to vaccinate underserved populations.

The panel has not yet decided when it would reconvene, although officials have said that a new session could take longer than a week. On Monday, top Biden administration health officials said the J&J vaccine delay could last days to weeks. It is unclear if the CDC panel’s pause in issuing decisions would delay the federal government’s decision to proceed with the vaccine.

Concerns about blood clotting also prompted the federal government to recommend a moratorium on the J&J vaccine.

The CDC and FDA advised on Tuesday that millions of J&J doses be halted until they study potential connections between the six reported cases of clots and the vaccine. Officials emphasized that these clots are concerning in part because the standard cure for clotting, the blood thinner heparin, may exacerbate them.

On the advice of the CDC and the FDA, tens of millions of J&J doses were recalled on Tuesday. Officials went on to explain why this, in part, because the heparin worsens clot formation.

No more instances have been discovered. The woman died, and one is in critical condition. But officials said implementing sex quotas may be a problem. Several countries in Europe use AstraZeneca’s technique, which has been associated with clotting complications like this.

The Advisory Committee on Vaccination Practices is analyzing six reports of clotting in recipients of John & Johnson but is debating if danger outweighs the potential gain.

The Johnson & Johnson vaccine is simple to provide since there is just one injection, and it can be held in the refrigerator. However, CDC officials declared that it has sufficient vaccine supply from Pfizer and Moderna Pharmaceuticals. The mRNA vaccinations and Johnson & Johnson & Johnson Astra use different delivery systems.

“The decision isn’t necessarily receipt of a Janssen vaccine versus remaining at risk of Covid-19.”

“The decision may be receipt of a Janssen vaccine versus receipt of another mRNA vaccine.”

Pfizer and Moderna have both pledged 300 million doses to the United States by the end of the summer. Pfizer announced on Tuesday that it is ahead of budget and would be able to supply all of the shots by mid-July.

According to White House Covent-19 director Jeff Zients, the U.S. is quickly able to immunize its people. As the U.S. prepares to inoculate all its children by the end of the year and years, J and J are also likely to significantly influence the country’s vaccination program.

Members of the CDC panelists argued that a delay in the J&K vaccine might impede its distribution. The plan was said to target disadvantaged groups, including the elderly and homeless.

After further reviewing those women who got the blood clots, they may have had preexisting conditions that mitigated the problem.

Aran Maree of Jans Global Organization, who discovered four women identified with cerebral venous sinus thrombosis, concluded that their platelet count was poor. Portal vein emboli are found in three of the patients.

Maree said that an additional coagulation study is pending. Additionally, two additional CVSTs have occurred in the separate clinical studies.

Both the manufacturer and the agencies don’t know whether any clotting incidents have been during pregnancy or after.

Maree stated that heparin was used to treat five confirmed cases, one in a clinical study and four after vaccination. Although heparin is widely used to treat common blood clots, scientists believe it can aggravate clots being tested for possible similarities to the J&J vaccine.

Fauci: 'We Have To Be Careful' Vaccines Like Johnson & Johnson|Meet The Press