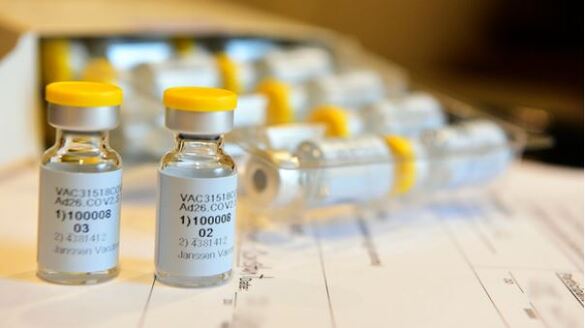 The CDC determined that Johnson & Johnson's single-dose vaccination was only 71% effective against hospitalization, compared to 88% for Pfizer's BioNTech vaccine and 93% for Moderna’s vaccine.

According to people familiar with the company's plans, it is expected that Johnson & Johnson would petition US authorities early this week for authorization to offer a booster injection of its coronavirus vaccine.

Despite mounting evidence that at the very least elderly individuals and those in high-risk groups need more protection, the business is the latest of three nationally authorized vaccine providers to seek additional doses.

More and more federal officials are becoming worried that the more than 15 million Americans who received the Johnson & Johnson vaccine are at greater risk of contracting the potentially fatal Covid-19 infection.

To determine whether to provide emergency use permission for a booster dosage of the vaccine, the Food and Drug Administration has scheduled an expert advisory committee meeting for October 15.

This is part of the government's broader effort to improve the protection provided by all three vaccines, including many other initiatives.

According to a recent study by the Centers for Disease Control and Prevention, despite the federal government's insistence for months that all three vaccines are highly effective against Covid infection, Johnson & Johnson's single-dose vaccine was only 71% effective against hospitalization, compared to 88 percent effectiveness for Pfizer-vaccine BioNTech's and 93 percent effectiveness for Moderna's vaccine.

According to the study's authors, real-world data show that the Moderna and Pfizer-BioNTech mRNA immunization regimens provide better protection than the single-dose Johnson & Johnson vaccine.

Johnson & Johnson asserts that the following research has resulted in better outcomes:

In a study involving almost two million participants funded by the company, it was discovered that the vaccine was 81 percent effective in preventing hospitalization.

Another research discovered that protection provided by the Johnson & Johnson immunization did not deteriorate with time, in contrast to the Pfizer-BioNTech vaccine.

Despite this, Johnson & Johnson seems to have agreed with federal officials that a single vaccine dosage is not adequate protection against the disease.

Earlier this month, the company said that a second dose of the vaccine, given two months after the first, increased the vaccination's effectiveness against symptomatic Covid by about 22 percentage points, bringing it to 94 percent.

Johnson & Johnson also claimed that two injections were 100 percent effective against serious sickness, but this claim was less compelling than the first.