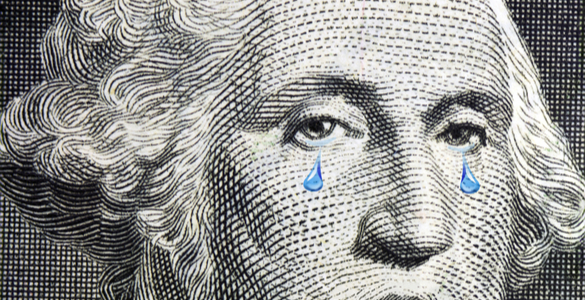 The GOP controlled Senate has the votes to disallow any witnesses and is expected to vote to acquit President Trump today. The fear over enabling the truth to come out, allowing the former national security advisor and others to testify, has forced the entire GOP into a massive cover-up that won’t work in reality to cover-up anything.

Former White House national security adviser John Bolton went further than ever before claiming that President Donald Trump directed him to assist in his campaign to coerce and extort the newly elected Ukrainian President and government into announcing investigations to weaponized a smear campaign against former Vice President, his son and other Democrats for Trump’s personal political gain in the latest reporting released by The New York Times.

Even though this provides even more compelling reasons to hear witnesses including John Bolton and others to determine if the impeachment on charges of abuse of power and obstruction of justice is in fact, the likelihood is the GOP caucus will not deliver the four needed votes to hear witnesses.

The New York Times is reporting that during an Oval Office meeting with President in May, Trump directed Bolton to call Ukrainian President Volodymyr Zelensky to make sure Zelensky met with Trump’s personal lawyer Rudy Giuliani to discuss investigations targeting the former Vice President and other political rivals.

Bolton claims that Giuliani was the point person and was conducting a shadow foreign policy mission that was intent on forcing the newly elected Ukraine President to announce the investigation of 2020 Democratic candidate Joe Biden. This confirms what witnesses testified to during House impeachment proceedings against President Trump.

Bolton writes in his book ‘The Room Where It Happened ‘published by Simon and Schuster that he ignored Trump’s order and did not call Zelensky.

President Trump has denied Bolton’s recounting of events in a statement and claimed the meeting Bolton described never took place. Giuliani called Bolton’s description “absolutely, categorically untrue.” Despite these denials, Trump’s Former Chief of Staff General John Kelly has come out in defense of Mr. Bolton and asserted that if he believes Bolton.

Bolton describes the meeting between himself and President Trump in his book draft as having taking place months before Trump’s July phone call with Zelensky in which he requested investigations targeting Biden.

Bolton’s book alleges that senior Trump administration figures were aware of Trump’s quid pro quo campaign long before the details of that call became public as a result of a whistleblower complaint.  The details of the complaint have been substantiated and confirmed by Lev Parnas a close confidant of Rudy Giuliani. Parnas claims to have worked for Trump on the Quid Quo Pro and that everyone including Senator Lindsey Graham (R-NC).

The White House, Trump and his lawyers have sought to prevent Bolton from publishing his book, and argued the manuscript is inadmissible.