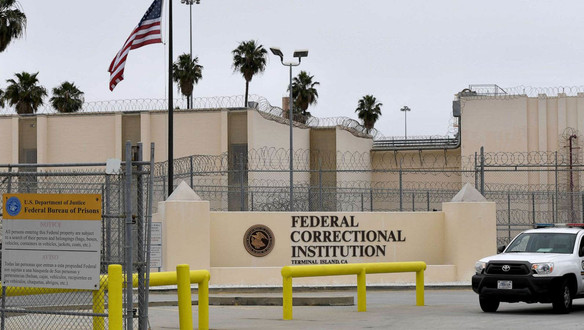 Vice President Joe Biden told NPR on Thursday that while he was unsure if it would be “good for democracy,” he will not stand in the way of a prosecution(s) of President Trump for crimes committed before, during or after his term in office ends; if he is elected the 46th President of the United States.

We at Wall Street Rebel have predicted that when it’s all said and done, and President Trump leaves office, he will be indicted and will face more than one criminal trial in multiple jurisdictions. In the end, we believe he will find himself convicted or pleading guilty to a great many crimes and spend the rest of his life in prison. If our prediction comes true, the State of New York and perhaps others will wind up bankrupting Trump’s businesses and seizing all of his personal and business assets.

We also believe his three oldest children and Jared Kushner, as well as many current and past cabinet officials and advisors, will end indicted for state and federal crimes.  They may face the indignity of being rendered penniless and serving time in a state rather than federal prison if they don’t cut deals.

President Trump and his crime family and organization, including Attorney General William Barr, will get no help or mercy what-so-ever from President Biden…

The comments came in response to a question from NPR‘s Lulu Garcia-Navarro on remarks made last year by Sen. Kamala Harris (D-CA), a frontrunner for Biden’s pick for vice president.  The Justice Department would have “no choice but to investigate Trump after his presidency.”

According to Joe Biden…

“I will not interfere with the Justice Department’s judgment of whether or not they think they should pursue the prosecution of anyone that they think has violated the law.”

“Trump has been connected with alleged illegal activity by his former lawyer and fixer Michael Cohen and investigators working for former special counsel Robert Mueller. What isn’t clear is whether federal authorities are investigating the President or whether prosecutors might take action against Trump if he no longer enjoyed the privileges that protect him from being indicted as a sitting president.”

While the presumptive Democratic Presidential nominee Biden did voice concern about prosecuting a former president and calling it “very unusual,” he made it clear he would NOT weigh in on the decision and instead allow federal law enforcement officials to come to their own conclusions.

The former vice president has already given his pledge he will not pardon President Trump for any crimes he has committed.