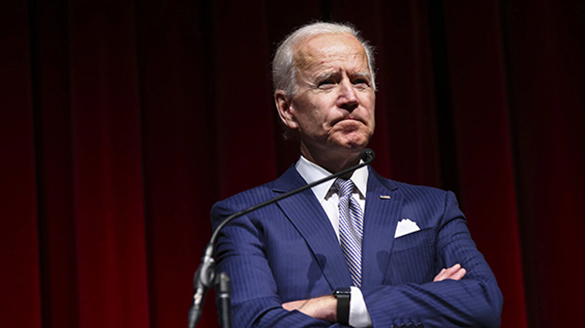 Joe Biden says we should have coordinated with our allies around the world to confront the Chinese on intellectual theft and unfair trade practices. Trump’s decision to slap our allies with tariffs has crippled our ability to get the concession on trade that would genuinely solve the inequities

Speaking to reporters during a campaign stop in New Hampshire, former vice president Joe Biden and the current front runner for the Democratic 2020 presidential nomination charged that Trump has “gone about it all the wrong way” with his trade war against China.

"…the only people paying the price are farmers and working people right now.”

Biden’s criticism followed China’s finance ministry announcement that in response to Trump’s raising tariffs on thousands of American goods and products, totaling $60 billion a year from 10% up to 20-25% beginning in June. Biden went on to tell reporters…

“The president has done nothing but increase the tariffs, the debt, and the trade deficit. The way we have to proceed is we have to have our allies with us. It’s not just us. We have to keep the world together.”

“We should have had both organized labor and U.S. allies “at the table” in negotiations with Beijing.

“China’s greatest violation is the way in which they steal our intellectual property. We should make it quid pro quo.”

"China is going to eat our lunch? Come on, man!"

"The fact that they have this great division between the China Sea and the mountains in the East -- I mean in the West. They can't figure out how they're going to deal with the corruption that exists within the system. They're not bad folks, folks. However, guess what, they're not competition for us."