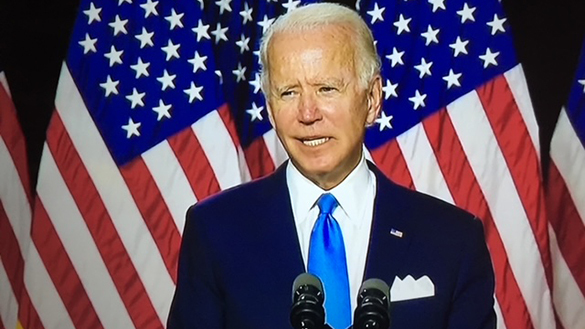 The economy of the United States added 943,000 jobs in July, bringing the unemployment rate down to 5.4 percent.

President Joe Biden said Friday that the United States economy is heading in the right way due to his efforts. It is still experiencing challenges after a monthly employment report that came in above forecasts.

Mr. Biden said that his administration is the first in history to have "created new jobs every single month during our first six months in office — and the only one to have generated more than 4 million jobs during that span."

The United States economy saw a significant hiring increase over the summer hiring season. Still, there are worries about the economy's ability to sustain that pace as the Delta form of the coronavirus continues to cause concern.

According to the US Bureau of Labor Statistics, employment increased by 943,000 last month, above expectations, with 8,400 positions in accounting and bookkeeping. At the same time, the unemployment rate fell from 5.9 to 5.4 percent, according to data released on Friday.

In July, employment in the leisure and hospitality industry rose by 380,000, with the majority of the gains occurring in food services and drinking establishments, which added 253,000 jobs.

According to the Bureau of Labor Statistics, employment in professional and commercial services rose by 60,000 in July.

Employment in the industry's professional and technical services component rose by 43,000 during the course of the month, putting it 121,000 above the level recorded in February 2020.

Accounting and accounting services, management and technical consulting services, and scientific research and development services are all covered in this classification.

In July, the average hourly pay increased by 11 cents to $30.54, extending a three-month pattern of wage increases.

While the economy and job growth have been strong in recent months, analysts are concerned that those gains could be jeopardized if further limits are placed on the Delta variants spread.

There have already been a number of cancellations and postponements and cancellations of plans for employees to return to work in September.

Despite this, the economy continued to grow last month as schools returned, if only for a little period, and Americans continued to dine out and travel.

However, although some economists anticipate a slight slowdown, the vast majority think that unemployment will continue to decline as the labor market recovers ground lost during the pandemic.

In the words of Nick Bunker, economic research director at Indeed Hiring Lab, “Sectors linked with the labor market reopening are leading the charge, giving some hope that these gains will continue in the months ahead.”

"However, the Delta version does pose a threat to the progress that has been made."

In fact, it was the best monthly performance since August 2020, showing how far the recovery had gone, at least until the Delta variation was included in the mix of options.

As evidence that the economy is resilient to the epidemic, President Biden praised his administration's efforts to urge employees to get coronavirus vaccines, which he described as "outstanding."

The vice president cautioned that there would be ups and downs as the United States battled Covid's Delta surge.

At this time, it is clear that the Biden plan is working, that it is producing results, and that it is moving the country ahead.

According to the Labor Department, the unemployment rate has dropped to 5.4 percent from 5.9 percent in June.

The Bloomberg poll of experts conducted before the release anticipated a gain of 858,000 jobs and a drop in the unemployment rate to 5.7 percent.

According to Gus Faucher, Chief Economist at PNC Financial Services in Pittsburgh, "This is a fantastic report, outstanding in terms of job creation, wage growth, and the decrease in the unemployment rate."

I do not think that the Delta version will have a negative impact on the economy.

Even though school closures and teacher layoffs are common in July, the previous month's education sector was a standout performer.

However, rather than laying off teachers, as was previously the case, schools kept more employees, which resulted in a larger seasonal adjustment upward in the number of teaching jobs.

Lockdowns had a devastating impact on the leisure and hospitality sectors, which have continued to recover, generating 380,000 new employment in the last year alone.

This includes a rise of 253,000 employees in the food and beverage industry and growth in the hospitality industry and the arts, entertainment, and leisure industries.

As a result of increasing commodity prices and a shortage of critical components such as semiconductors, the manufacturing and construction sectors grew slower than the overall economy.

60,000 more people were employed in professional and business services in the third quarter, suggesting that the white-collar sector is on the mend.

The optimistic picture was completed by higher revisions to the May and June data. The Bureau of Labor Statistics boosted the May increase by 31,000 and the June gain by 88,000 from their previous estimates.

According to Tom Gimbel, president, and CEO of LaSalle Network, a Chicago-based recruiting and employment firm, "business is booming."

Companies are continuing to hire salespeople at a pace I've never seen before, which is unprecedented.

To my mind, this indicates that companies are very optimistic about the future.”

Although demand for older people is on the rise, he believes it is not out of hand.

It is the revival of the middle manager.”

However, despite these advancements in recruitment, many managers continue to report difficulty in filling open positions.