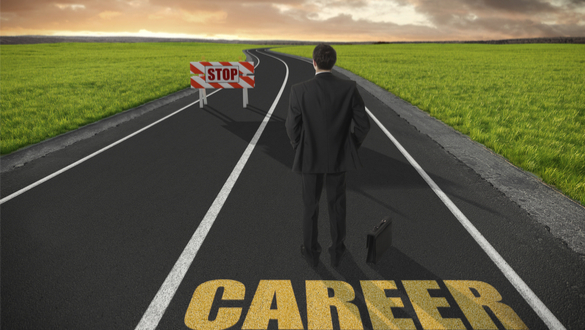 The wheels carrying the Trump economy are starting show signs of grinding to a halt despite indications that there are more jobs than people to fill them.

The expectations for the jobs report here in the United States according to economists and analysts on and off Wall Street was for a 180,000 gain, but today’s report released by the Labor Department was way off and stunningly low, indicating only 20,000 jobs were filled in February.

Despite the profoundly disappointing number, the U.S. unemployment rate fell ever so slightly to 3.8% according to the U.S. Labor Department report this morning.

Economists aren’t panicking over this one very disappointing report in part because the U.S. hiring has been very strong recent months and one disappointing report cannot be seen as a signal of an imminent recession. However the disappointing for February come on top of signs that the U.S. economy is slowing. Further global economic growth is slowing; the danger of a hard Brexit and President Trump’s ongoing trade war with most of our trading partners are weighing on consumer spending and sentiment.

The U.S. Labor statistics shows that hiring is slowing in every industry except health care and white-collar businesses. Construction, for example, suffered a loss of 31,000 jobs and even the leisure, travel and hospitality sector, normally a driver of job growth was unchanged in February.  Some analysts and economic labor experts insist the static growth in the leisure, travel and hospitality sector is the direct result of the result of brutal weather in February, including a deep freeze in much of the Midwest.

Wages were the one bright spot!

According to today’s Labor Department reports wages grew at 3.4% the past year, which is the best annual gain wages since April 2009, when the United States was sinking into the Great Recession. The Labor Department is now reporting that Wages are growing well above the cost of living.  Inflation has increased by 1.6% during 2018, according to the latest figures from the U.S. Commerce Department.

“If the party were over, we wouldn’t see those wages coming in so strong. A lot of the weakness in hiring looks like it was due to seasonal factors like very cold weather.”

The unemployment rate for Americans without a high school diploma fell from 5.3% in February, to the lowest level since the U.S. Labor Department began tracking that statistic in the early 1990s. Bovino says this is …

“Another sign that the job market is still strong enough that people on the sidelines are searching for jobs and finding work again after years of struggle.”

Julia Pollak, an economist at ZipRecruiter, commenting on demand for unskilled workers without High School Diplomas…

“We’ve seen a spike in job postings that so ‘no experience necessary’ or ‘no prior experience required. Employers really do seem hungry for workers and prepared to do more than they did in the past to develop talent when they can’t find talent."

Some economists and financial market analysts are very concerned that the U.S. economy may be starting to catch a cold as Europe, China and much of the developing world’s economies are showing signs of struggling.

“Is slightly worrisome, the reality is the U.S. economy is slowing. The question now is whether it’s slowing for reasons associated with the trade war or because the rest of the world is slowing,”

The drop in the employment numbers was no surprise to some economists who have been predicting hiring would slow down for a while even though job openings exceed the number of unemployed, meaning there’s a severe labor squeeze. Many companies are complaining they can’t find enough qualified, talented Americans to hire.

The demand for highly-skilled workers with specialized data and computer skills that companies are focusing and poaching workers from their competitor and it’s very likely the increase in wages is from this activity.

Martin Fleming, the chief economist at IBM, was quoted this morning as saying his company has been hiring MBAs and job Candidates coming out of Ph.D. programs. Even when there isn’t necessarily a specific job for them because of the “highly competitive landscape” for tech-savvy employees among the companies in the technology sector including IBM, Facebook, Amazon, Google, etc. Fleming said …

“We know there will be demand for them soon.”

Many economists are stressing in interviews with the financial media that we shouldn’t focus too much on one jobs report. They say the numbers can tend to jump around a lot month to month, and while February was disappointing January was particularly strong with 311,000 jobs added.

Larry Kudlow, the head of President Trump’s National Economic Council, waved off the low jobs number for February saying it was “fluky number" in an appearance on CNBC.