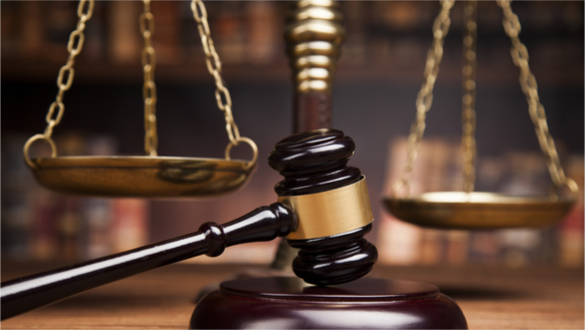 National Enquirer Publisher David Pecker has an immunity deal from the U.S. District Court-Southern District of New York. That immunity deal could get tossed as a result of the accusation of extortion and blackmail attempt.

Hell hath no fury than the wealthiest man in the world being extorted and blackmailed. A lesson David J. Pecker, the chairman of American Media Inc. (AMI) the publisher of the shock tabloid National Enquirer is starting to experience.

Jeff Bezos, the founder of Amazon Inc., alleges in a public posted Thursday on Medium that AMI Chairman David Peck threatened to publish very personal information, including adulterous pictures of him and embarrassing text messages unless he kills an ongoing investigation. Mr. Bezos wrote regarding A.M.I. moreover, its chairman on why he was speaking out...

“I prefer to stand up, roll this log over and see what crawls out.”

“Of course I don’t want personal photos published, but I also won’t participate in their well-known practice of blackmail, political favors, political attacks, and corruption.”

There’s absolutely no way the FBI isn’t going to investigate Jeff Bezo’s accusations.  For that matter, there’s no way the  U.S. District Court-Southern District of New York (SDNY) isn’t also going investigate the allegations as it was they who granted AMI Chairman David Peck immunity for his violation of campaign finance laws.    David Peck was accused of paying  Karen McDougal to help prevent damaging revelations that Donald Trump had an extramarital affair with the former Playboy model and to avoid any adverse attention directed toward the 2016 election. Getting caught committing blackmail or extortion would undoubtedly give the SDNY the ability to withdraw the immunity that was granted.

Some observers are wondering if David Peck a fierce loyalist of President Trump had chosen to go after Jeff Bezos, exposing his apparent extra-martial affair after the dozens of attacks on Twitter by President Trump against him and the Washington Post, which he calls the Amazon Post. If so is the yet another friend of President Trump acting as a double agent and protagonist while supposedly working with government prosecutors who believe the President will pardon him if needed, as long as he stays loyal. Shakespeare himself would find all of this very rich fodder.