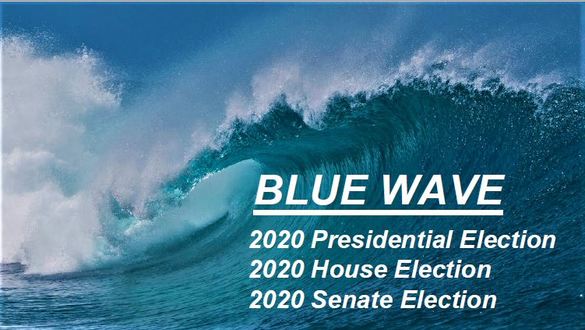 The Washington Post is reporting that House Minority Leader Kevin McCarthy (R-CA) has been pleading for money from the Republican National Committee to help bolster the struggling campaigns of some of his colleagues in the House — Only to be ignored.

The “Blue wave” 2018 midterm election flipped control from the Republican Party losing control of the U.S. Congress to the Democrats. The prospects for the Republicans in what is expected to be a high-turnout election with an embattled Donald Trump at the top of the ticket, 100 days out from the election, is looking increasingly dismal. The GOP, at this point, could lose an additional 20 seats.

The Washington Post (WaPo) is reporting that Kevin McCarthy has repeatedly asked the RNC, which is sitting on a considerable amount of cash for monies for the National Republican Congressional Committee, only to be ignored as the RNC focuses on keeping Trump in office.

The person behind the lack of support from the RNC is Donald Trump’s son-in-law Jared Kushner. According to WaPo…

“McCarthy specifically has asked Jared Kushner, President Trump’s son-in-law, and senior adviser, to make a financial commitment to the House GOP, according to several officials familiar with the discussions, who spoke on the condition of anonymity to describe private conversations freely,”

“But Kushner, who oversees such decisions and has a greater say than RNC Chairwoman Ronna McDaniel, has refused thus far, the officials say. While the Trump campaign and the RNC have brought in record amounts of money, some Trump officials see donating to the House as a wasteful investment as the GOP’s chances of reclaiming the majority sharply deteriorate.”

WaPo sources in the White House insider, Trump, and his advisors regard the House of Representatives as a lost cause unable to overcome their minority status and are hoarding the money to salvage the president’s re-election…

“The campaign wants the money. . . . They don’t care about the House  — it’s not their concern,” the official stated. “When you’ve been working in politics for years, and you understand it’s a team sport, you kind of look at these things a little differently. I don’t think they see it that way.”

According to WaPo, Leader McCarthy and House Republicans are furious with Kushner, “many of whom believe the president has a duty to help the party — not just himself,” mainly because some Republican House members in safe seats have forwarded donations in the tens of thousands of dollars to the RNC at the request of the president’s campaign officials believing that some of the money would go towards putting up a fight for the 20-30 endangered Republicans in the House.

Rep. Cheri Bustos (D-IL), chairman of the Democratic Congressional Campaign Committee quoted by WaPo said Republicans have only themselves to blame…

“Washington Republicans have learned the hard way that encouraging people to drink bleach doesn’t make for the most effective fundraising pitch.”

“House Democrats have outworked, out-hustled and outraised Republicans all cycle long. Our fundraising advantage is the firewall protecting our majority.”

We could have won, but our "wartime" president surrendered.