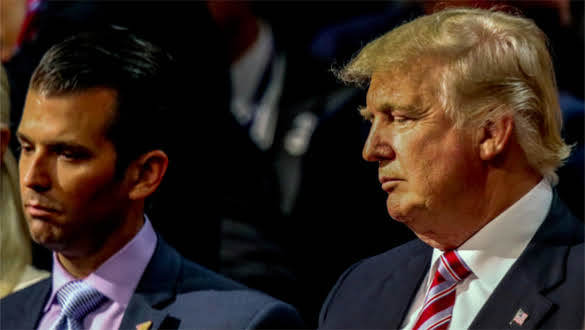 Kushner has likely doomed President Trump’s re-election with the worst possible advice during the last several weeks. Yet, his biggest miss-step will force Republican lawmakers seeking re-election to turn on the President and him.

According to Jared Kushner, during a teleconference with the nation’s governors and other local elected officials on Thursday…

“The notion of the federal stockpile was it’s supposed to be our stockpile. It’s not supposed to state’ stockpiles that they then use.”

“Strategic National Stockpile is the nation’s largest supply of life-saving pharmaceuticals and medical supplies for use in a public health emergency severe enough to cause local supplies to run out.”

“When a state, local, tribal, and territorial responders request federal assistance to support their response efforts, the stockpile ensures that the right medicines and supplies get to those who need them most during an emergency. Organized for a scalable response to a variety of public health threats, this repository contains enough supplies to respond to multiple large-scale emergencies simultaneously.”

“The Strategic National Stockpile’s role is to supplement state and local supplies during public health emergencies. Many states have products stockpiled, as well. The supplies, medicines, and devices for life-saving care contained in the stockpile can be used as a short-term stopgap buffer when the immediate supply of adequate amounts of these materials may not be immediately available.”

Keep in mind that President Trump authorized the shipment of 17.8 tons of emergency medical equipment to China earlier this year.

The Washington Post’s Aaron Blake was first to report on the alteration to the Strategic National Stockpile’s website.

Already, Sen. Cory Gardner (R-CO) has expressed his concern over Trump’s son-in-law Jared Kushner‘s claims that the Strategic National Stockpile’s supply of ventilators is “not supposed to state’ stockpiles that they then use.”

In an interview with Politico, Senator Gardner made it clear he wants to investigate whether the national stockpile has been mismanaged during the COVID-19 pandemic, vowing “any kind of mismanagement or abuse needs to be rooted out and those responsible held accountable.”

Gardner told Politico,  he had no idea why Kushner would say that the stockpile is not meant for states to access during times of crisis when that was precisely why the stockpile was set up in the first place.

“I don’t know what Kushner was talking about, what he meant…But the stockpile is for the country. And the country is made up of states in the federal government.”

Wall Street has reported that one of the reasons that the 10 thousand ventilators have not been released is because these thousands of these machines don’t work and amount to nothing more than scrap metal.