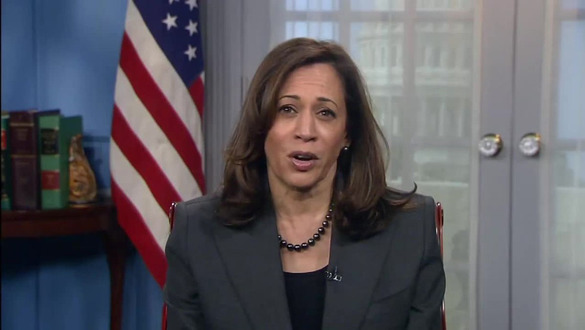 Republicans are already trashing Kamala Harris as a left-wing radical. But are shaking in their collective boots over the risk of now losing Georgia, Texas, North and South Carolina, as well as retaining Alabama Senator Doug Jones's seat in November.

The presumptive 2020 Democrat nominee for President Joe Biden chose Senator Kamala Harris (D-CA) as his vice-presidential running mate. The choice of Harris as Biden’s vice president is more important in this election cycle because of Biden’s age. He turns 78 on November 20 and would be the oldest man ever to assume the office if he defeats Trump, as polls predict.

David Barker, a professor of government at American University, was quoted as echoing what many are saying…

“The vice-presidential pick this year is so much more important than it normally is because people expect Biden only to serve one term.”

“And so whoever he picks as vice president is likely to be the next Democratic candidate for president in four years.”

Kamala Harris is the daughter of a Jamaican-born father and Indian-born mother, served as a district attorney in San Francisco before winning and attorney general of California, the first woman to hold the post in the most populous U.S. state.

Harris began in 2019 as one of 24 Democratic candidates seeking the presidential nomination but dropped out of the race in December 2019 and then threw her support behind Biden, the former vice president and senator from Delaware, in March.

“He roped himself into a certain group of people,” Trump told Fox Sports Radio in an early morning phone-in interview.”

Former vice president Joe Biden declared several times he wanted a government as diverse as the country itself, and committed early in his campaign, in March, that he would name a woman on the ticket.

“People don’t vote for the vice president; they really don’t.”

“You can pick a George Washington to be a vice president. Let’s pick up Abraham Lincoln, coming back from the dead. They just don’t seem to vote for the vice president.”