Israeli’s Prime Minister on the Verge of Losing His Office 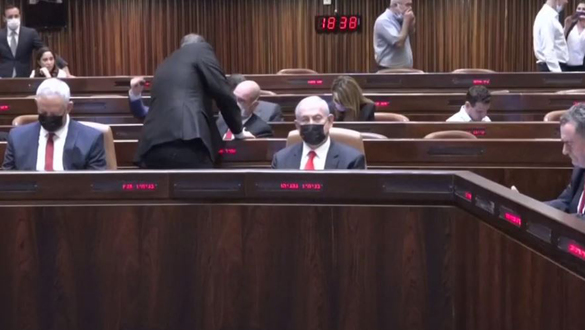 Israeli Prime Minister Benjamin Netanyahu, appointed recently after another national election, was once again asked to form a new government by Israel’s President Reuven Rivlin, after apparently being unable to assemble a majority Knesset.

After losing his majority in the Knesset is now is facing the end of his 21 year run in office. Netanyahu also served as Israel’s prime minister from 1996-1999 and then in 2001 before his win in 2009 that appears to be on the verge of ending; in total, he has served as Israel’s president got 25 years.

Benjamin Netanyahu’s sudden loss of control of the Knesset may soon also lose the Prime Minister’s Office. An anti-Netanyahu coalition defeated him in a key vote in the parliament on Monday. It then succeeded in passing their proposal for control over the powerful Knesset Arrangements Committee, which runs the Knesset until a government is formed, thanks to the Ra’am (United Arab List) Party’s support MK Mansour Abbas.

The Yesh Atid faction Chairman Meir Cohen passed by a vote of 60 to 51 will have an opportunity to form a new government after 21years of Netanyahu being in office nonstop. According to Yesh Atid spokespersons, they insist their victory came following a successful meeting earlier Monday between their leader, Yair Lapid, and Abbas. Lapid wrote on Twitter about the change in power….

“I am thankful to my partners; the victory in the vote on the Arrangements Committee is another step on the way to a unity government in Israel.”

In exchange for his support, Lapid offered Ra’am a spot on the Knesset Finance Committee, chairmanship of a committee on fighting violence in the Arab sector.