Israel Will Not Tolerate Iran Having Nuclear Weapons 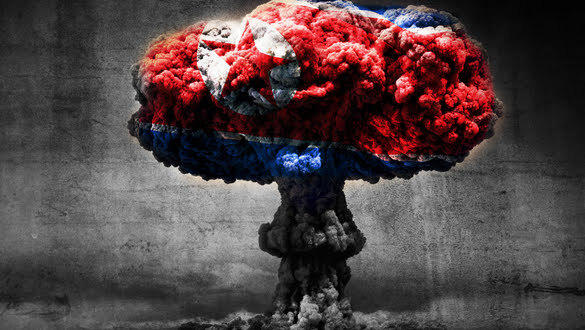 We may be a few weeks away from an all-out war between the State of Israel and Iran. The war would likely span from the Gaza Strip through the West Bank and encompass Lebanon. The casualty count could be enormous.

Benny Gantz, Israel's defense minister, has made it clear that his country is ready to attack Iran and that there must be a global response to the Islamic Republic's threat.

Gantz's comments were triggered after a deadly drone strike on an Israeli-operated tanker off the coast of Oman. The tanker Mercer Street was a vessel owned by the Japanese company Taihei Kaiun.

Israel's claim that Iran attacked the ship is supported by both the U.S. and the U.K. and resulted in the deaths of two of the ship's crew members. Iran has denied involvement.

While the attack on Mercer Street is significant, it's STILL a smokescreen for another huge problem that could lead to an all-out war between Israel, Iran, and its Palestinian allies.

"Iran has violated all of the guidelines set in the JCPOA nuclear agreement and is only ten weeks away from acquiring weapons-grade materials needed to build and nuclear weapon. Therefore, it's time to act; the world must apply economic sanctions and take operative action against the Iran Revolutionary Guard Corps," which has targeted shipping vessels. In recent weeks, Israel's officials, including Prime Minister Naftali Bennett, Foreign Minister Yair Lapid, and Gantz have expressed alarm to the U.S. and others that Iran is taking advantage of a long pause in negotiations to return to the 2015 Joint Comprehensive Plan of Action to advance its nuclear program dramatically.

The talks have been on hold since June, and the regime in Tehran says they will not restart at least until after its new president, Ebrahim Raisi, forms a new government later this month.

If Israel believes that Iran is on the verge of acquiring nuclear weapons, it will do everything to destroy Iran's nuclear infrastructure. It won't play the sanctions game or rely on diplomacy.