Israel on the Verge of Massive Military Strike Against Iran 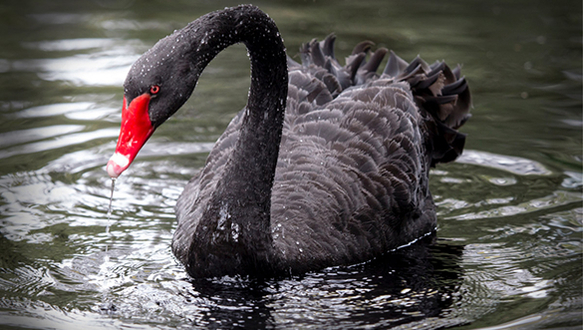 A former Israeli ambassador to the United States, Knesset member, and deputy minister in the Prime Minister’s Office has warned that Iran, the world’s greatest state-sponsor of terror sworn to destroy Israel, is on the verge of acquiring nuclear weapons and that Israel would not allow it to happen. The financial markets’ response to a conflict between Iran and Israel could be terrifying.

The Times of Israel is a blog written by Michael Oren, the former Israeli Ambassador to the United States, a current member of the Knesset, and deputy minister of his country’s Prime Minister that’s getting almost no coverage outside the United States. And, it should.

The implications of the kind of military strike needed to decimate Iran’s nuclear program, which is on the verge of “break out” - a term that refers to Iran having enough weapons-grade uranium to start building nuclear weapons is approaching. And that realization is frightening.

An attack on Iran would likely result in a war that could send thousands of sophisticated missiles from the theocracy down on Isreal. It could lead to the most deadly war in that regions’ history.

A war could even make Saudi Arabia’s and other Sunni oil fields and production facilities in the Middle-East targets. In that event, the oil price could soar to over $150 a barrel, send gold to over $3,000 an ounce and send the world’s economy and financial markets into a tailspin down.

We, therefore, believe every investor around the world should read Michael Oren’s blog, but especially by U.S. investors. This could result in a “Black Swan” event on Wall Street. So, we are posting it…

“Later this month, representatives of the world powers and Iran will meet in Vienna to discuss reviving the 2015 Joint Comprehensive Plan of Action Cooperation – the Iran nuclear deal. In the runup to the talks, the United States and Israel have reiterated their determination to prevent Iran from producing nuclear weapons. Both have stated their preference for a diplomatic means of achieving that goal. But there, the symmetry ends. While the United States can live with an Iran that has the ability to make a bomb but doesn’t do so, Israel simply cannot.”

“The disparity was clear at a recent press conference with Secretary State Anthony Blinken and Israeli and Emirati counterparts. Blinken reiterated his administration’s longstanding insistence that “Iran cannot be allowed to acquire a nuclear weapon.”

“By contrast, Israeli Foreign Minister Yair Lapid warned that “Iran is becoming a nuclear threshold country” and that Israelis “have no intention of letting this happen.”

“What is the difference between an Iran that could quickly make a bomb and an Iran that already has one? Why would America implicitly accept a threshold-capable Iran while Israel regards it as a strategic – and potentially existential – threat?”

“Threshold” describes a nuclear program that has all the components necessary for swiftly making a bomb. Enriching uranium to the 90% level necessary for weaponization takes as much as two years. But by enriching uranium to 60%, as it does now, Iran has completed the longest stretch of the process and is currently installing centrifuges capable of spinning four or even six times faster than the current rate. Once it decides to break out and create a nuclear arsenal, Iran can do so in a matter of weeks or even days – well before the international community could react.”

“And Iran will inevitably break out. Several countries have what is sometimes called “Japan-like capabilities,” a reference to Japan’s threshold nuclear program. But Japan is not Iran, a country ruled by the world’s largest state-sponsors of terror, which works to overthrow pro-Western governments and vows to wipe Israel off the map. Having the ability to make a bomb, no matter how quickly, will not suffice for Iranian rulers. They saw what happened to Saddam Hussein in Iraq and Libya’s Muammar Qaddafi, both of whom forfeited their nuclear ambitions and died, and what didn’t happen to Kim Jung-un, who kept his and become almost untouchable. Yet, beyond regime survival, the bomb is vital for Iranian prestige. A weapon possessed by Sunni Pakistan, Hindu India, and, presumably, by the Jewish State cannot be denied to the Shiite Islamic Republic.”

“Yet Iran does not have to possess the bomb to damage Israel irreparably. Threshold capacity provides Iranian-backed terrorists with a nuclear umbrella that can open and shield them from retaliation. Responding to rocket attacks from Hezbollah or Hamas, Israel will be hobbled by the fear of an Iranian breakout. Defending the country will be dangerously more difficult.”

“Such fears are much less pronounced in the United States, a country situated far from Iran and not threatened with national destruction – the United States which, moreover, has no desire to become embroiled in another overseas conflict. For that reason, the Biden Administration pledges to prevent Iran from acquiring nuclear weapons but not to prevent Iran from attaining the ability to make them. For that reason, President Biden vows to consider “other options” should Iran not return to the negotiating table but does not echo President Obama’s warnings of “all options are on the table,” including a military strike.”

“Israelis view this policy with profound skepticism. A threshold Iran will drive other Middle Eastern states to attempt to achieve the same capability, creating a highly unstable region teetering on a nuclear threshold. Together with its continuing efforts to produce a deliverable warhead – amply documented by the nuclear archive Israel’s Mossad secreted out of Teheran – Iran has developed intercontinental ballistic missiles that can already hit central Europe and will eventually reach the North American coast. Global security will be undermined."

“For Israel, though, the timetable for action is much shorter, and while our military capabilities cannot equal America’s, we do have the means to defend ourselves. And though Israel has no expectations of U.S. military intervention, we trust that the United States will provide us with the logistical, diplomatic, and legal assistance we need and stand by all its Middle Eastern allies. Doing so will not only deal a decisive blow to Iran’s nuclear ambitions but will also restore America’s regional prestige.”

“As the nuclear talks resume, Israel will be watching to see if Iran exploits them to camouflage its march toward threshold capability. If so, irrespective of the international backlash, Israel will be forced to act. Recalling that both he and the Secretary of State are the sons of Holocaust survivors, Lapid stressed the need for nations to protect themselves against evil, and especially against an Iran that swore to destroy the Jewish state. “Israel reserves the right to act at any given moment, in any way,” he said. America, and the world, should listen.”

Report: Iran Could Have Nuclear Weapons in a Month