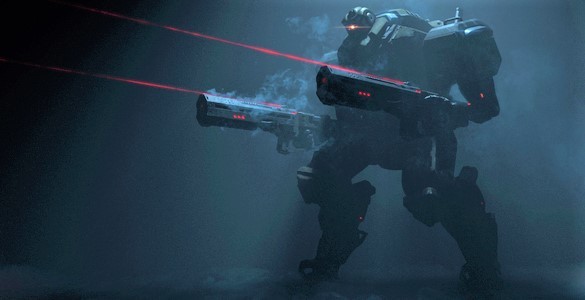 If only Gene Roddenberry, the creator of Star Trek were alive today, he would be amazed at how many of the things he predicted in his 1960’s science fiction TV show have come to fruition. Perhaps the latest fulfillment of his vision of the future coming to reality would horrify him?

Every major military power has experimented with trying to develop high-energy lasers without success. Leave it to the Israelis’ to figure out the technology.

On January 8, 2020, Israel’s Ministry of Defense announced a “breakthrough” in its development of laser technology. Their technological breakthrough makes it possible for the Israeli military to intercept and shot down aerial threats.

The ability to reach this milestone promises to strengthen Israel’s lower-tier missile defense and provides another opportunity for United States-Israel research and development cooperation in refining and using the technology to make it impossible for missiles to reach their targets.

The United States and Israel collaborated starting in 2006 on the development of the technology underpinning the development of Iron Dome, used to protect Israel from short-range missile attacks. It was that year Israel began the research and development of a solid-state laser for the same defense purpose. At the time, drones were just starting to become a serious military threat.

Israeli government scientists and industry partners have developed a solid-state laser capable of producing a coherent beam, based on several smaller laser modules, strong enough to intercept lower-tier rockets like drones and even missiles.

The breakthrough accomplished is the development and refinement of the laser beams' accuracy and power. Israel reports that it has been able to “target and stabilize the beam” from a distance.

The first two programs focusing on producing a ground-based laser were focused on developing a supplement to Iron Dome and included the development of a maneuverable vehicle-mounted laser capability to protect mobile forces in battle. A third program, which may take longer to develop, seeks to field an airborne version that could protect more significant areas. Perhaps a fighter plane capable of tremendous speed, and endowed with the ability to use lasers to destroy areal weapons in addition to being able to engage in combat.

Brig. Gen. Yaniv Rotem at the Israeli Defense Ministry predicts that Israel will be able to demonstrate its laser capabilities in the field later this year. To be clear, Rotem appears to be referring to a demonstrator and not a fielded system. Regardless, this technology is still in its infancy, but the developments accomplished reflect significant R&D milestones.

The development of this laser weapon technology could provide Israel with an inexhaustible interception ability, which would render Iran and other enemy missiles worthless.

Despite the significant advantages of this new laser technology, it’s still not capable of interception at the speed of light. While the laser beam would indeed reach the target at the speed of light, traveling much faster to the target than a traditional kinetic interceptor, it would need to remain on the target for several seconds before destroying it. The amount of time required would depend on variables such as distance, beam power, atmospheric conditions, the nature of the target and the laser’s exact spot on the target. So, the technology isn’t yet as envisioned by Mr. Roddenberry in the late 1960s.

Another issue is while Iron Dome kinetic interceptors are capable of launching several interceptors simultaneously, sending each one to a different target. This new laser technology can only focus on only one target at a time.

The next advance in laser technology can increase the output of lasers to defeat higher-end threats found in the Russian, Chinese and Iranian military arsenals. This is going to take a few years and is a priority as both countries are working on hypersonic missiles.