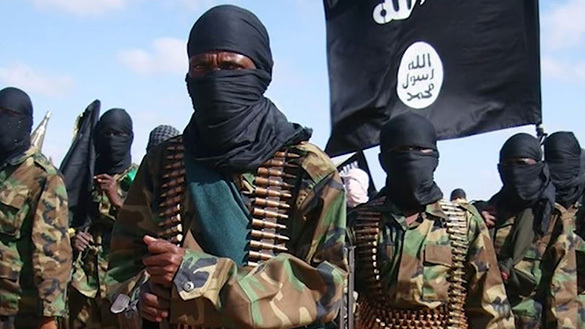 It is claimed by the terrorist group ISIS that one of their suicide bombers was responsible for the deaths of 12 members of the United States Armed Forces.

As many as 12 American military members were killed and dozens of Afghan civilians when two suicide bombers detonated their devices outside Kabul's Hamid Karzai International Airport on Thursday, according to authorities.

The U.S. military suffered one of the most significant single American casualties of the war in Afghanistan during the last days of its 20-year involvement in the country.

According to the Pentagon, a "complex assault" including at least two explosives at Kabul's international airport on Thursday resulted in the deaths of 12 U.S. service personnel and the injury of at least fifteen others.

Several Afghan civilians were either killed or injured as a result of the assault. According to an Afghan official, at least 60 Afghans were killed, and 143 others were wounded in the assault according to the Associated Press.

The bombers detonated among a throng of people waiting at the airport gates, all of whom were trying frantically to catch one of the final evacuation planes out of the country.

As a result of the blasts, there have been reports of gunfire.

The Islamic State claimed credit for the assault in a statement published on its website.

He said that a total of 15 additional military personnel had been injured.

Approximately 5,800 American soldiers, the most of them Marines, were part of a larger deployment ordered by President Biden to assist with evacuating Americans and Afghan friends from the nation after the Taliban's capture of Kabul.

President Biden's concerns for the safety of U.S. military personnel, U.S. and Afghan citizens trying to evacuate the war-torn country have been sadly justified by a terrorist suicide bombing Thursday in a pair of explosions near Kabul's international airport.

The terrorist arm of ISIS in Afghanistan is claiming responsibility for the suicide bombing.

ISIS and the Taliban are bitter enemies and vying for control of the country as the United States conducts the most significant airlift in military history that the Biden administration hopes to complete by August 31.

The suicide bombing has set off a panic at and around the Kabul airport. Reports of wounded men in blood-soaked clothes being ferried away from the scene in wheelbarrows while a boy clutched the arm of a man with a head injury have been confirmed by images posted on social media.

One witness at the scene of the first blast told AFP….

"Bodies flesh and people were thrown into a canal nearby. When people heard the explosion, there was total panic. The Taliban then started firing in the air to disperse the crowd at the gate," a second witness said.

"I saw a man rushing with an injured baby in his hands."

The witness reported that he dropped the documents he hoped would help him board a flight with his wife and three children in confusion.

"I will never ever want to go (to the airport) again…Death to America, its evacuation and visas."

Western intelligence agencies warned earlier today that an imminent attack could take place. The warning was reported by U.S. President Joe Biden, who cited the danger of the terrorist threat from the regional chapter of the Islamic State jihadist group (ISIS).

Reports indicate that two devices were detonated as the sun started to set. Thick smoke rose into the sky at the scene of the bombing as men, women, and children rushed away. The wounded have been taken to the Emergency Hospital in Kabul.

An AFP photographer saw several bodies arriving at a Kabul hospital and more than a dozen injured. He also reported seeing women with blood-stained faces and clothes weeping as the wounded were taken into the clinic on stretchers.

The Pentagon has confirmed that one of the explosions took place at the Abbey Gate of Kabul airport, and at least one more blast hit the nearby Baron Hotel.

One of the biggest problems facing Afghanistan is that the Taliban is not the only terrorist trying to assume control of the country as the United States and its allies withdraw. Over a dozen terrorist groups are vying for control of the country and the Northern Alliance, which fought side by side with the United States and NATO allies during the past 20 years.

It is conceivable that the Taliban may not ultimately wind up in control of the country. Instead, the country may be controlled by several warlords, terrorist groups, and the Northern Alliance after the U.S. and NATO withdraw.