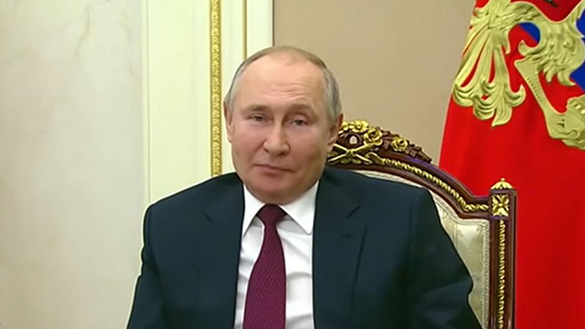 In the Face of Cancer and Parkinson’s Disease Rumors, Vladimir Putin’s Health is a Cause for World Concern.

Rumored to be in severe condition, Russian President Vladimir Putin’s health continues to be closely monitored, with speculation spreading that he may be preparing to have surgery.

Russia’s military has been wreaking havoc on large swaths of Ukraine in recent months, acting on the orders of President Vladimir Putin. He has long had a reputation as an intelligent geopolitical manipulator.

However, as the invasion falters and the Russian army falls far short of its goal of capturing Kyiv in four days, that reputation is coming under heavy criticism from all quarters.

Many have questioned if a guy who was once regarded as a superb strategist has been weakened by bad health due to the seeming recklessness and inadequate planning that has accompanied the invasion.

Some people believe that the 69-year-old leader suffers from a central nervous system disorder like Parkinson’s disease, which has been rumored since long before the invasion of Ukraine.

The former KGB agent can be seen clutching one hand to his breast while the other is tightly fisted.

Putin’s hand begins to tremble violently; he draws it close to his chest, seemingly to halt the tremors.

Despite his attempts, he wobbles unsteadily as he moves toward his long-time buddy and fellow election stealer, his legs trembling in the process.

The Russian leader, who has stated that he “does not accept” any intrusion into his personal life, is unlikely to provide reliable medical data for himself soon. Still, armchair doctors were quick to speculate on suspected Parkinson’s disease.

Parkinson’s disease is a neurological disorder in which the brain destroys nerve cells, resulting in symptoms such as tremors and rigidity that worsen over time.

Even though there are now medicines to mitigate its effects, there is still no cure for the syndrome, which can cause memory loss and render patients more susceptible to life-threatening illnesses.

On the other hand, some medical specialists have thrown cold water on Parkinson’s hypothesis.

According to John Hardy, a neurogeneticist at the Dementia Research Institute in the United Kingdom, the video did not imply Parkinson’s disease to him, according German news outlet Deutsche Welle.

In a statement, Caroline Rassell, chief executive of Parkinson’s UK, stated that the illness is too complicated to be judged by such a brief video, citing more than 40 physical and mental symptoms that would be hard to discern from the footage.

Even while it is impossible to verify Putin’s actual health state, Sir Richard Dearlove, a former head of M16, has prompted suspicions that he is genuinely unwell.

Last month, his comments to GB News were concerning: “What’s equally concerning is the assumption, and it is conjecture, that perhaps Putin’s behavior, or his logic, has been influenced or hampered by sickness.”

He claimed to have spoken to “a number of neurologists,” who informed him that “lack of restraint, psychosis and other symptoms of Parkinson’s disease is extremely prevalent.”

Health experts have shifted their focus away from Putin’s neurological ailment and onto cancer as a likely explanation of his apparent deteriorating health over the past few days.

Although the accusations have not been substantiated, they were made on the General SVR Telegram channel, which also stated that Nikolai Patrushev, the Secretary of Russia’s Security Council, would act as his leader’s deputy during his forced absence. The Telegram channel has raised concerns about Putin’s health in the past, claiming, for example, that the Russian president had Parkinson’s disease 18 months ago. General SVR stated in a recent article that “Russian President Vladimir Putin suffers from oncology, and the most current difficulties discovered during his recent examination are connected with this ailment.”

They went on to say that the Russian despot’s medics wanted to operate as soon as possible but that they had not yet received permission from Putin.

Putin’s attending physicians have insisted that he undertake a surgical procedure in the near future. While Putin has not given his agreement in principle and the surgery date has not been set, he has raced to explain himself and obtain Patrushev’s answer and assurances.

A former KGB officer, Nikolai Patrushev, belongs to the so-called “siloviki” faction, which comprises former security and military personnel who are considered political hardliners in Russia.

The cancer allegations have been around for a long time.

When Putin’s troops initially marched into Ukraine to seize control of Crimea in 2014, there was widespread suspicion that he had spinal cord cancer or pancreatic cancer.

Since then, several other ailments have been added to the list of possible illnesses, including thyroid cancer, intestinal cancer, and brain tumor.

The Parkinson’s disease and cancer ideas are both supported by Angus Dalgleish, a professor of oncology at the St.George’s University of London who is a proponent of both theories.

He claims that Putin’s “flatness” face and the “obvious absence of emotion” he displays demonstrate that he is a Parkinson’s patient.

According to Professor Dalgleish, Putin may be suffering from thyroid problems due to the 1986 Chernobyl nuclear power plant tragedy.

“It is also alleged that he has a terrible back, which can be seen by how he walks,” the professor told GB News. “This is also due to his judo and other activities.”

“If he has had a terrible back for a long time, he is likely to have taken opiates, which is a type of medicine that impacted him,” says the doctor.

Furthermore, Professor Dalgleish hypothesized that Putin might be suffering from a brain tumor due to the way he has “behaved and altered” over the previous few years.

“There is a symmetry to his face when comparing him to himself two or three years ago,” he explained.

Because of the way he’s acted and changed his behavior and his disconnect and cognitive impairment, I’m wondering whether he has a brain tumor. “Where he’s being watched not just by a thyroid cancer expert, but that an experienced neurosurgeon is also following him.”