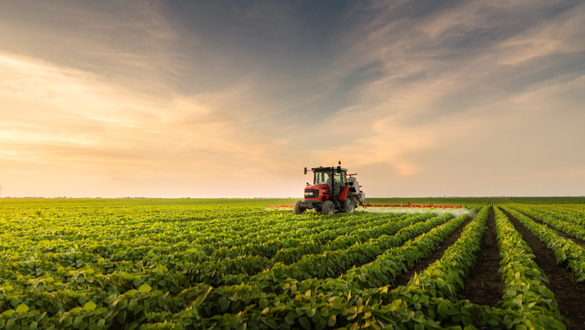 Trump’s trade war with China has already cost the United States businesses and farmers billions in lost revenue and tariffs. Will China agree to a deal that keeps U.S. tariffs on Chinese imports in place while insisting China capitulate on all of Trump’s demands immediately?

Secretary of the Treasury Steven Mnuchin and others in the Trump Administration are predicting that after several months of unproductive and unsuccessful negotiations with China the talks are coming to a successful conclusion and that new trade deal between the world’s two largest economies will be announced in the next few weeks. However, the failure to pin down a summit date and location for Presidents Trump and Xi is a hint that a settlement may not be as close as Trump and his administration insist.

Sources familiar with the negotiations insist the United States will not agree to lift Trump’s punishing sanctions on Chinese imports and is insisting on China enacting all of its concessions before doing so.  Conservative media is already celebrating a deal with China as a huge political victory for President Trump. The conservative press is focused on the up to $1.2 trillion in U.S. goods in U.S. purchases which amounts to an extra $30 billion a year in American agricultural and natural gas exports.

President Trump certainly needs at least one big win to help him win a second potential term. Behind the scenes, Trump administration officials are quietly saying the President will sell a deal with the Chinese as a win, while at the same time is willing to sell collapsed talks and no deal as a win. President Trump said as much at a business roundtable in Burnsville, Minnesota, on Monday…

“We’ll probably know over the next four weeks. It may take two weeks after that to get it papered… and it’s looking very good, some of the toughest — really, the tougher points.”

There’s been a great deal of debate about the President’s mental competency in recent months, at times he’s looked like he struggling with dementia as he has incoherently rambled when trying to develop original thought without prompters. The concept of winning a trade war by not reaching an agreement, unfortunately, confirms this mental state of mind. President Trump narcissistic personality demands he must persuade on his constituents; he is right even when he is adamantly wrong. He is the master of the flip.

The economic damage to U.S. farmers and businesses has been enormous. China has cost U.S. importers at least $19.2 billion after factoring in tariff revenues — that’s in addition to $40 billion in lost exports, prices raised, and jobs lost. Even if U.S. farmers and business recapture the level of exports China were imported before the trade war, the economic damage done would never be recovered.

Keep in mind that President Trump has been promising an end to the Chinese trade war has been imminent since February. Why, hasn’t a deal been arranged?

The hardliners in the White House want the President to maintain every imposed tariff on the Chinese even if they sign a deal. President Xi will not fly to the United States until that, and other all or nothing demands from President Trump are removed from the table. Any meeting between the two will likely result in the same embarrassing walk away Trump triggered with his “love” Kim Jong Un.

Anyone paying attention has to know that behind the scenes the U.S. negotiators are pushing for China to double or triple its $1.2 trillion in U.S. imports over six years while at the same time insisting on China lifting its $50 billion in agricultural tariffs imposed in reaction to Trump's $250 in Tariffs on Chinese imports. While this is taking a large number of deeply red conservative states that make up a large part of the president’s voter base are going facing severe economic deficits.

Two of the hardest-hit America farming niches by reduced China purchases are the soy and corn farming, which may not recover, even with the extra $30 billion a year in sales promised by China takes place.

Gale Lush, chairman of American Corn Growers Foundation, in an email to ThinkProgress was quoted yesterday as saying…

“If the U.S. recaptures the level of exports to China that existed prior to the trade war it will never make up for the economic damage done to farmers and the rural economy from the tariffs and the drop in U.S. exports.”

“We expect the U.S. will be lucky to go back to the export levels that existed before the trade war given the fact that competitor export countries are gearing up their output and exports to capture opportunities for their producers,”

Sources familiar with the trade negotiations warn the Chinese will not lift agriculture tariffs until the United States lift all of its tariffs. The result may be President Trump claiming he’s won the trade war by forcing China to its knees, even though the reality will be he’s destroyed a few thousand family farms and small businesses to get no deal. President Trump’s unwillingness to recognize the tariffs are not compensation for the loss of business and are nothing but a tax thrown on the backs on U.S. consumers.

While a 10% even 20% swing in votes away from solid red states where Trump won with 60% to 70% in 2016 won’t hurt his ability to win those states electoral votes. The damage to farmers in Georgia, Wisconsin, Michigan, Pennsylvania, North Carolina, and Ohio may be more than enough to doom President Trump’s re-election. So the prospect of either coming to a deal that doesn’t kill the tariffs on both sides, or both parties walking away from an agreement, will not help POTUS no matter how he attempts to paint the result.