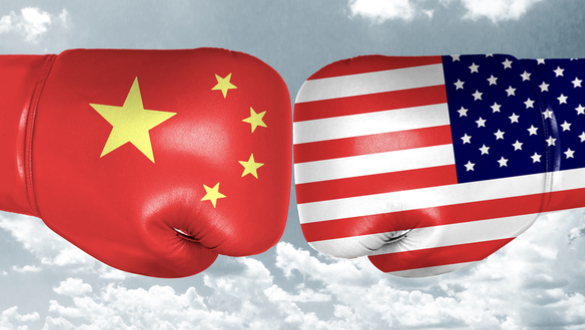 Trump’s Trade War Plan Is So Poorly Conceived … The plan is going to cause much more pain for American’s than any of the problems Trump is trying to solve waging this trade war.

President Trump’s reassurance that “trade wars are good and easy to win” is an instant classic pile of moronic b.s.!

Trump’s claim is right up there with Herbert Hoover’s “prosperity is just around the corner,” Nixon’s “peace is at hand,” and George W. Bush’s declaration of  “mission accomplished.”

Trump’s theory underlying his confidence is that the country with the biggest imports, i.e., the biggest customer in the world can win a trade war by just by simply putting huge tariffs on imports coming into its country, or simply by stopping the imports altogether and by doing so starve the exporter(s).

Peter Navarro, one of Trump’s economic advisors, was so sure of the President's logic regarding trade that he predicted nobody would retaliate against Trump’s tariffs. The reality is much different as we have now seen.

Not only has China retaliated so has Europe and Canada and the prospect that each of these trading partners will escalate its retaliation for every ratcheting up that takes place going forward.

Bottom line: Trump lacks the intellectual capacity to understand the intricacies of international trade, tariffs, and subsidies. He has little if any understanding of the chain of international supply to the manufacturing outlets that has risen under NAFTA and other trade treaties. That’s why he has imposed sanctions that inflict maximum damage on the U.S. economy, for minimal gain while those pulling the levers in response are the pinpoint targeting of their retaliatory tariffs at those in red and purple states directly at the most vulnerable Trump’s supporters.

But that alone isn’t what most concerns economist’s watching Trump’s worldwide trade war unfold. Trump and Navarro are stuck in the dynamics of trade that existed more than 50 years ago when only finished goods like cars and washing machines were completely manufactured in one country and shipped to its trading partners. Back then imposing a huge tariff would discourage consumers from buying the foreign car and encourage the purchase of domestically made cars.

Now, however, most foreign companies manufacture their cars in the United States but may import parts from literally dozens of countries.

In today’s world tariffs amount to nothing more than a direct tax on consumers. Chad Bown of Reginald Jones a Senior Fellow at the Peterson Institute for International Economics; CEPR Research and his colleagues have a remarkable chart showing the distribution of the Trump China tariffs: an amazing 95 percent are either on intermediate goods or on capital goods like machinery that are also used in domestic production: 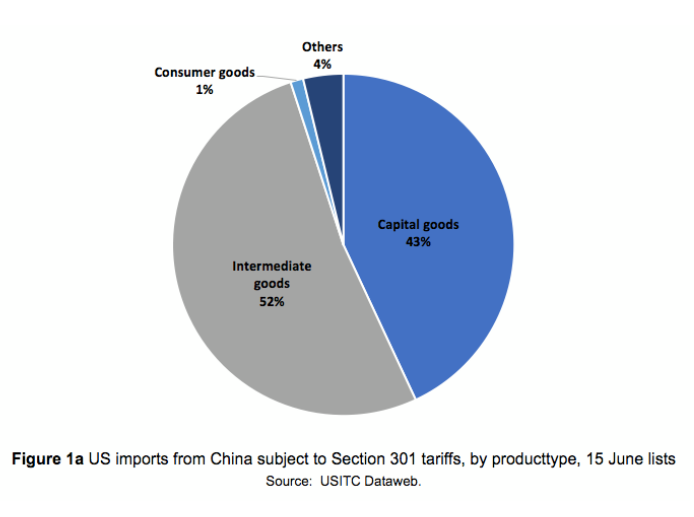 China’s retaliatory tariffs in contrast completely avoid tariffs on intermediate goods and focus almost entirely on final goods. Also, Chinese tariffs are pinpointed in such a way as to cause Trump supporters the most pain possible. 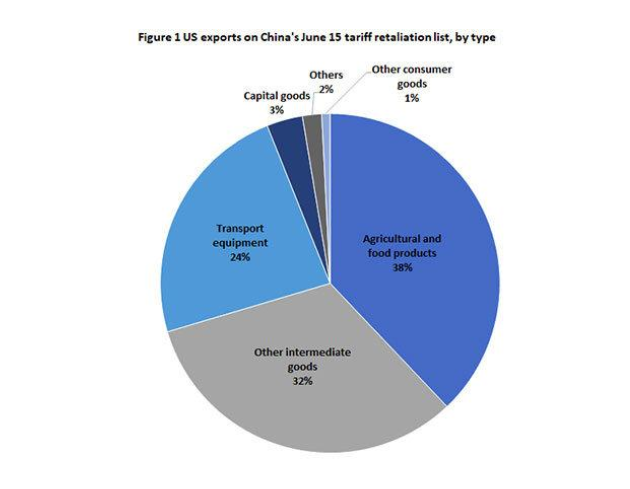 The key issue of contention between the United States and China on trade is over intellectual propriety rights.

This is, of course, an issue that should be solvable given China is now growing as concerned over protecting its intellectual property rights as the United States has become over the last 40 years.

“Trade wars aren’t good or easy to win even if you know what you’re trying to accomplish and have a clear strategy for getting there."

The Trump tariffs he points out are"... shocking in that “they’re so self-destructive.”

Krugman goes on to point out the damage is already showing economic fallout. Specifically referring to the Fed’s most recent minutes:

“Many District contacts expressed concern about the possible adverse effects of tariffs and other proposed trade restrictions, both domestically and abroad, on future investment activity; contacts in some Districts indicated that plans for capital spending had been scaled back or postponed as a result of uncertainty over trade policy. Contacts in the steel and aluminum industries expected higher prices as a result of the tariffs on these products but had not planned any new investments to increase capacity.”

So Trump and company don’t have a plan to win this trade war. They may, however, have stumbled onto a strategy that will lose it even more decisively than one might have expected.