Is Trump the Right U.S. Diplomat to Negotiate a Summit Deal? 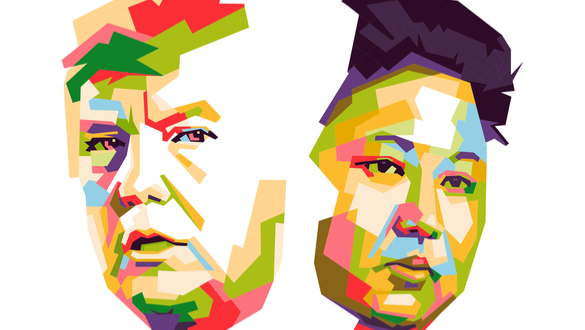 President Trump went to Hanoi in hopes of trying to persuade North Korean leader Kim Jong Un his country could experience an economic renaissance like that being experienced by Vietnam if it will denuclearize and liberalize its economy. That’s of no interest to Kim Jong Un who rules North Korea with an iron fist.

The much-hyped North Korean, U.S. in Hanoi two-day summit was cut short amid contradictory accounts as to why no progress could be made in reaching an agreement to dismantle, curb or even getting an accounting of Pyongyang’s nuclear weapons and missile program.

The disagreements were so severe and terse that Trump and Un ended the summit without sitting for a planned lunch or participating in a scheduled signing ceremony. The summit went so bad; they couldn’t even agree to a face-saving signing as a fig leaf.

President Trump lied about the main impediment to a deal, which he described as President Kim Jong Un’s insistence that the United States lift ALL economic sanction on North Korea. In exchange for the closure of just one nuclear facility, which still would have left Pyongyang with a large nuclear arsenal of warheads and the missiles to use them.

“Sometimes you have to walk, and this was just one of those times.”

However, with a few hours of Trump’s presser North Korea’s foreign minister, Ri Yong Ho, offered a completely different explanation of why his country, had been unable to move negotiations forward with the United States.

According to, Ri Yong Ho North Korea sought only “partial” sanctions relief as a framework in exchange for his country’s agreement to dismantle its main enrichment capabilities for fissile material. Insisting this first step and the lifting of some of the sanctions North Korea is dealing with are hampering his nation’s civilian economy and is damaging his citizen’s living standard.

Whom can we believe?  A man who had documented telling over 8,000 lies in two years to the American public or one of the cruelest and demented societies on the face of the earth.

The inability to make any progress was not greeted well by the financial markets in Asia, South Korea’s stock market fell sharply just before the close of trading, down 1.8% while is currency the “won” also slipped, and Japan’s leading Nikkei 225 share index fell 0.8%. The Dow Jones also opened down as Wall Street after digesting the news.

“This wasn’t a walk away like you get up and walk out.”

“No, this was very friendly. We shook hands.  There’s a warmth that we have, and I hope that stays. I think it will. But we’re positioned to do something very special.”

“The impression I got observing this summit from the side, was that our chairman seems to have difficulty understanding the U.S. way of reckoning. I felt that our chairman had lost the will to engage in deal-making, with the United States saying that even a partial lifting of sanctions for the civilian economy is hard.”

President Trump insisted that North Korea’s Kim promised despite the lack of advancement in their meeting, he would not conduct any new missile launches or nuclear weapons tests.  Trump did confirm that Kim is willing to close the Yongbyon Nuclear Research Center, the site of his nation’s primary nuclear reactor and North Korea’s only source of plutonium to make bombs. However, Trump said Kim the offer isn’t enough because Kim did not offer to close other, covert facilities to enrich uranium.

Ri Yong Ho confirmed the willingness to permanently dismantle all the nuclear material production facilities at the main Yongbyon nuclear site and to allow U.S. nuclear experts to observe, but he did not mention the disposition of the uranium enrichment facilities at other sites.

Trump said the North Korean’s want the sanctions lifted in their entirety, and we couldn’t do that. They were willing to de-nuke a large portion of the areas that we wanted, but we couldn’t give up all of the sanctions for that.”

Secretary of State Mike Pompeo said he hopes that negotiators from the two countries will be able to narrow differences in the future, but he did not announce any firm plans to continue talking.

Trump went on to say…

“We were certainly closer today than 36 hours ago, and we’re closer than we were a month or two before that. So real progress was made, I think everybody hoped we could do this better, but the departure was with an agreement we continue to work on what has been an incredibly difficult problem. Everyone walked away in that spirit.”

However, North Korea’s vice foreign minister Choe was less optimistic warned that the United States was missing a “once in a lifetime opportunity,” and said no future meetings between the two sides were planned.

“It is difficult to say whether there might be a better agreement than the one based on our proposal at the current stage, our principal stance will remain invariable and our proposal will never be changed even though the U.S. proposes negotiation again in the future.”

It was clear that the two sides still are far apart on some key issues, including a fundamental one: what denuclearization of the Korean Peninsula would mean.