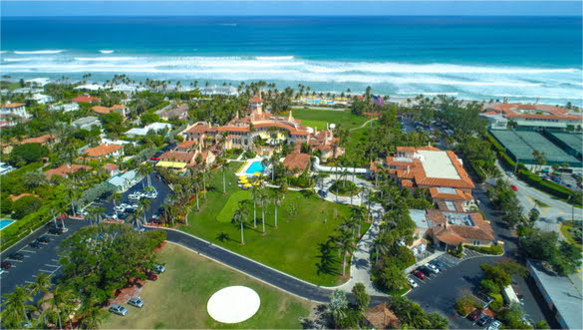 Washington Post’s David Fahrenthold tweeted out evidence that the Trump campaign pumped $380,000 into the president’s private property in 43 separate payments for an early March “donor retreat,” broken into payments just under the Treasury Department’s reporting requirement for receipt of cash payments. It looks like a money-laundering scheme that could put President Trump and his employee accomplices in jail for many years.

According to Martin Sheil, a retired tax crime investigator, something smells’ wrong after he got a look at the financial information tweeted out by Washington Post’s David Fahrenthold. Sheil says…

“The Trump Organization’s record of the payment raises many questions I’m familiar with from my 30-year career as an investigator at the IRS.”

“Is the $380,000 income? If so, what was delivered in exchange for it? Were these payments for past services rendered or for future expected returns? Who were the donors? Why didn’t the Trump Organization report the entire $380,000 in total? Why break that down into separate transactions? Why was each payment identically described as ‘Facility Rental/ Catering Services’? Is something being disguised here?” 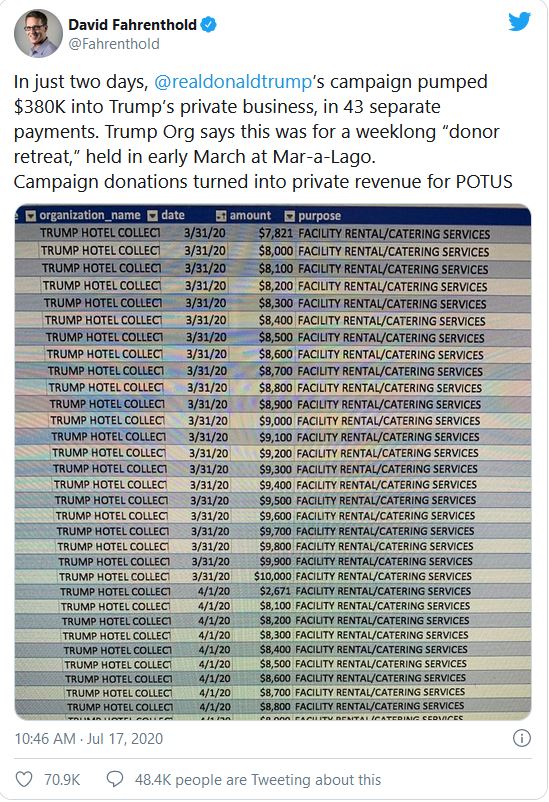 “The payments each fall just below the reporting requirement for receipt of cash payments in a trade or business to the Financial Crimes Enforcement Network, which the Trump Organization insisted was necessary because Mar-A-Lago cannot process credit card transactions of more than $10,000.”

“There are criminal penalties for structuring, or breaking a bigger payment into small chunks to evade reporting requirements, including a statutory maximum prison sentence of up to five years and/or a monetary fine of up to $250,000.”

Trump’s money laundering past has been well…