Is the Stock Market's Utopia Ending 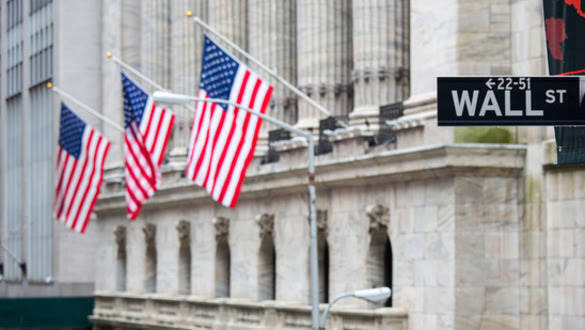 Concerned about turbulent financial markets and increasing inflation, the Federal Reserve interest is focused purely on the economy and not investors.

The stock market has been on an upward trajectory. They increased by about 30% in only one year, making it one of the strongest performances in the recent century. And last year wasn't just a one-time occurrence. During the previous five years, stock values have more than doubled, and they have had yearly increases that have been close to double-digit for the last forty years. For the sake of comparison, inflation has averaged less than 3 percent throughout this time.

The amount of money represented by this is mind-boggling. At the beginning of this year, the value of all publicly listed equities reached close to $50 trillion, representing an increase of about $10 trillion over the previous year and a gain of $25 trillion over the previous five years. For example, consider that the United States' economy generated $21 trillion in products and services in 2017.

Never before has the proportion of the economic pie that goes to firms due to their earnings been so enormous. Despite the pandemic's impact on labor shortages and global supply chain disruptions, which have increased business expenses, they have maintained profitability. However, they have been inventive, increasing the productivity of their staff while simultaneously rising costs.

However, stock prices look to be much too high. Increasingly visible are the signs of speculation, which occurs when investors acquire equities to sell them fast at a profit. SPACs (so-called meme stocks) and the surge of initial public offerings (IPOs), notably of high-flying technological businesses, are all examples of investment opportunities. And since the outbreak of the epidemic, margin debt — the amount of money stock speculators have borrowed to support their bets — has skyrocketed.

The Federal Reserve has made it very obvious that interest rates are on their way upward. As a result, equities are very susceptible to a large selloff, with the impending change in monetary policy perhaps serves as the impetus. The point of contention is how high and how quickly.

The federal funds rate, the interest rate that the Federal Reserve directly regulates, is practically zero, which is where policymakers set it when the epidemic first struck. However, a zero interest rate no longer makes sense, with unemployment virtually back to pre-pandemic levels and inflation at uncomfortably high levels.

As a result, the recent decrease in stock prices seems to be just the beginning. As a result of the tremendous fluctuations in stock prices over the last few days, it's a little surprise that the market is down less than 10% from its all-time high reached the beginning of the year. So far, this isn't even a "garden-variety correction," which is a kind of correction that occurs once every few years.

Investors have gotten used to buying when the stock market is down. In recent years, the stock market's enormous surge has rewarded those who have had the foresight to invest while prices were falling by reaping substantial rewards as stock prices rise. Indeed, individuals who took the largest risks and purchased equities when prices plummeted when the epidemic first struck and the economy came to a grinding halt received the greatest profits from the situation.

On the other hand, this method seems to be a considerably higher bet right now. The Federal Reserve no longer has investors' best interests at heart. Contrary to popular belief, this is true. Unless stock prices fall and remain low for an extended period, it is less probable that the economic recovery and inflation would slow. A lower stock market is precisely what the Federal Reserve needs to achieve its goals in terms of growth and inflation. As a result, the more robust the stock market is, the more aggressive the Federal Reserve will need to be in hiking interest rates in response.

Even with this caveat, attempting to time the ups and downs of the stock market is a risky and ultimately unsuccessful endeavor. Instead of paying attention to stock market volatility, most of us should focus on long-term investing and investing for the long term. As is usually the case, the American economy and companies will triumph. The value of stocks will grow.

"Most Investors Have No Idea What's Already Happening" | Peter Schiff (2022)