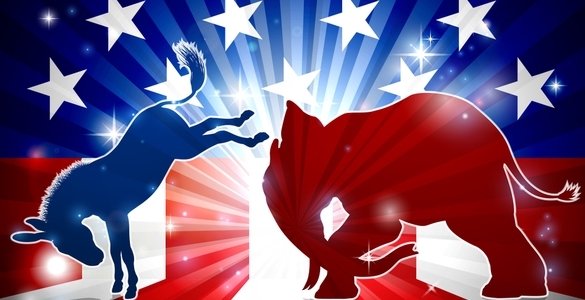 The huge turnout of Democratic voters, particularly African-American voters in South Carolina’s Democratic primary on Saturday, raises the question as to whether Trump hater turned Trump worshiper Sen. Lindsey Graham (R-SC) the currently the Republican incumbent should be terrified about the risk of a huge upset that would almost certainly end the GOP control of the U.S. Senate in the wake of 2020 general election.

Speaking with MSNBC host Joy Reid, Harrison said the huge turnout should be a red flag for the Trump-supporting Republican who holds a slim lead in the polls…

“I was a bit surprised,” Harrison admitted. “But the thing that really surprised me, Joy, was the turnout numbers here in South Carolina. We almost eclipsed — we’ll get the final word maybe today or tomorrow — the historic turnout we saw in the 2008 election with Hillary Clinton, Barack Obama, and John Edwards. I never thought we would get that close; we far surpassed what we saw in 2016.”

“The person who should have nightmares last night is Lindsey Graham because the turnout, particularly in some of these traditionally Republican counties, was unbelievable,” he added. “It says to me that this new south is emerging and as I’ve been saying so much, South Carolina is going to be the tip of the spear.”

Some believe that GOP Senators Susan Collins (R-MA) Maine, Cory Gardner (R-CO) Colorado, Martha McSally (R-AZ) Arizona, along with an open seat in Georgia and Kansas, could be at great risk of flipping the U.S. Senate to Democrat control. Even the loss of Doug Jones (D-AL) of Alabama is no longer a certainty given black voter turnout and a vicious fight likely for the Republican nomination.

A re-election loss by Senator Lindsey Graham could be compounded by losses of Republican incumbent Senators Senator Joni Ernst (R-IA) Iowa, Senator Thom Tillis (R-NC) North Carolina, and the upset of Senate Majority Leader Mitch McConnell of Kentucky. In all, a total of eight seats changing hands would give the new Democrat Senate leader 56 seats and the majority.