Is Inflation on an Uncontrollable Climbing Staircase? 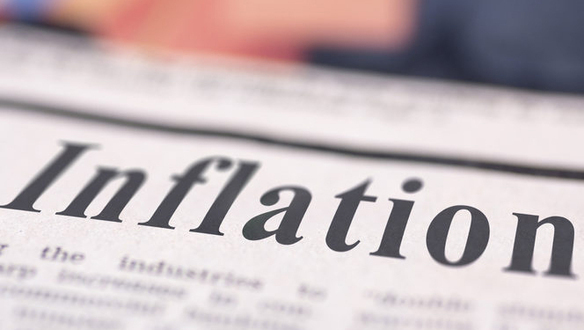 Consumers in the United States are most concerned about inflation at present. The prices of all things, including basic necessities such as food, electricity, shelter, and luxuries like automobiles and holidays, are continuing to grow. In the face of this steadily increasing difficulty, Americans search for some relief.

Both the Consumer Price Index (C.P.I.), which was just published on Friday, and the Personal Consumption Expenditures index (P.C.E.) are considered to be the critical inflation gauges in the United States. Economists and policymakers are keeping a careful eye on both of these indices.

The figures for the P.C.E. were derived, in part, from the data contained in the index. Because it is published earlier, the C.P.I. measures how much consumers pay for the various products they purchase. Because of this, it provides the nation with its first clear look at how inflation fared in the previous month.

The next publication of the P.C.E. index is scheduled for the 30th of June, and it will measure how much products genuinely cost. For instance, it considers the cost of medical operations even when the government and insurance companies contribute to their payment in some way. It has a lower propensity for volatility, and it is the index that the Federal Reserve looks to when it tries to achieve an inflation rate consistent with 2% per annum over time. In comparison to the previous year, the P.C.E. index has increased by 6.3% as of April, which is an increase that is more than three times the target set by the central bank.

The members of the Federal Reserve are paying particular attention to the fluctuations that occur in inflation from one month to the next to gain a sense of its velocity.

The so-called "core inflation indicator," which excludes changes in the cost of food and gasoline, is another factor that policymakers pay much attention to. Even though groceries and gas account for a significant portion of household budgets, their prices are volatile due to shifts in supply and demand worldwide. Consequently, they do not provide a reading that is as clear on the underlying inflationary pressures in the economy, which are the forces that the Fed believes it can do anything about.

Nobody can accurately predict how much longer prices will keep rising quickly: Since the pandemic began to take root in the year 2020, specialists have been continually stumped by inflation. However, some eventualities seem more likely than others, given the factors causing today's high prices.

It is highly improbable that rapid inflation will disappear entirely on its own. The typical rate of wage growth has been significantly outpaced. That means that unless businesses suddenly become more efficient, it is likely that they will strive to continue raising prices to cover the increased cost of their workforce.

Already, rising interest rates have started to dampen the demand for housing, which is a good thing. As a direct consequence of this, the Federal Reserve is currently hiking interest rates to dampen consumer spending and wage and price inflation. Because of the response of the central bank's policy, it is almost sure that there will be a downturn in the economy.

To what extent the Federal Reserve will have to intervene to bring inflation under control is both an open subject and a significant source of uncertainty. Suppose the United States has some good fortune and the supply chain bottlenecks can be alleviated. In that case, the Federal Reserve may be in a position to soften monetary policy so that it will slow the job market sufficiently to moderate wage increases without triggering a recession.

In this optimistic scenario, commonly referred to as a soft landing, businesses will be compelled to decrease their prices and pare their large profits as supply and demand come back into balance. They begin to fight for customers again.

However, it is also likely that supply concerns will continue, which will leave the Federal Reserve with a more challenging task: raise interest rates more significantly to slow demand sufficiently to bring price increases under control.

According to a report published by the government on Friday, consumer prices increased by 8.6 percent from May last year to May this year. This represents the fastest pace of increase in the past four decades.

Food, fuel, and housing are all becoming more expensive for Americans. Some are searching for answers about what is driving the price spike, how long it might persist, and what can be done to fix the problem.

When it comes to the issue of inflation, which has surged over the world due to supply constraints colliding with high consumer demand, there are very few simple answers or painless fixes available. The length of time that today's price explosion will continue to drag on is difficult to anticipate. The primary instrument for combating it is increasing interest rates, which brings inflation under control by slowing the economy down, perhaps rather significantly.

Then, What Is It That Drives Inflation?

• Strong demand. Consumers are making significant purchases. Early in the pandemic, households accumulated funds due to being confined to their homes. With the assistance of the government, which extended into 2021, people could save even more money. People are actively seeking employment and achieving income rises as a result. Because of all of these variables, household bank accounts have increased, which has enabled families to spend money on a wide variety of things, including backyard grills, trips to the beach, automobiles, and kitchen tables.

• There aren't enough goods. As a result of production cuts, global shipping delays, and factory closures caused by the pandemic, there is currently a shortage of both items and their component parts. When families tried to buy things like pickup trucks and computer screens with their pandemic savings, they ran into a problem. There were not enough goods to go around. Because there is a greater demand for goods than supply, businesses have been free to raise their prices without fear of losing clients.

Now, China's most recent restrictions are worsening bottlenecks in the supply chain. The national average price of a gallon of gasoline has increased to just over $5, from just over $3 a year ago. At the same time, the conflict in Ukraine is reducing the amount of food and fuel that can be supplied to the rest of the world. This contributes to an increase in general inflation and drives up the price of other goods and services.

• The pressures faced by the service sector In more recent times, as people have been adjusting to living with the coronavirus, they have been diverting their spending away from objects and back toward experiences. As a result of this adjustment, inflation has been rising in service industries. Americans are competing for a limited supply of apartments, which is driving up rent prices; restaurant bills are going up as a result of rising food and labor costs, and airline tickets and hotel rooms are costing more as a result of people's eagerness to travel in addition to the fact that fuel and labor are more expensive.

You might be wondering, what part does greed on the part of corporations play in all of this? Businesses have indeed been raising prices by a greater amount than is required to meet rising costs. As a result, they have been raking in abnormally large profits. However, companies can do so partly because demand is so robust; customers continue to spend even though prices have increased. As part of their efforts to cut inventory and maintain client traffic, a number of businesses, like Target, have already indicated that they will start offering price reductions on a selection of their products. It is impossible to predict how long this pricing power will remain in effect.